“My intent in issuing this memo is to help educate the public, especially Players at Academic Institutions, colleges and universities, athletic conferences, and the NCAA, about the legal position that I will be taking regarding employee status and misclassification in appropriate cases,” General Counsel Abruzzo said.

“Players at Academic Institutions perform services … in return for compensation and subject to their control. Thus, the broad language of [the NLRA] … fully support[s] the conclusion that certain Players … have the right to act collectively to improve their terms and conditions of employment.”

In her memorandum, she cites Supreme Court Justice Brett Kavanaugh’s concurring opinion in NCAA v. Alston, saying, “He strongly suggested that the NCAA’s remaining compensation rules also violate antitrust laws and questioned ‘whether the NCAA and its member colleges can continue to justify not paying student athletes a fair share’ of the billions of dollars in revenue that they generate. Moreover, he suggested that one mechanism by which colleges and students could resolve the difficult questions regarding compensation is by ‘engag[ing] in collective bargaining.’”

In his concurring opinion, Kavanaugh wrote:

While the decision to recognize that “student-athletes” are actually “employees” has been long expected, critics have suggested that the reclassification could result in a net-negative for these athletes as a whole.

The idea of being classified as an “employee” rather than a “student-athlete” raises the question of whether these athletes should be required to attend class. If so, critics contend, then every athlete has the prerequisite of a full scholarship because it is a duty of their employment; and if not, at what point does the team become detached from the school?

The problem is particularly an issue for schools that are not perennially performing at the top of a sport. Schools who would not be able to afford to maintain all of the athletes for their current sports could accumulate a net-cost for an already limited budget. 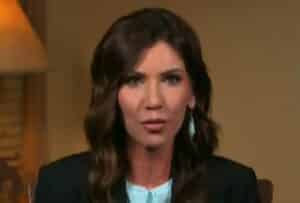