'I fear for their safety if they do,' the Speaker of the House said

While speaking to a Congressional-Executive Commission on China, the House Speaker discouraged athletes from protesting or making political statements about the Asian nation’s government.

“I would say to our athletes, ‘You’re there to compete. Do not risk incurring the anger of the Chinese government, because they are ruthless,’” Pelosi said on Feb. 3.

“I know there is the temptation on the part of some to speak out while they are there,” she added. “I respect that. But I also worry about what the Chinese government might do to their reputations, to their families.”

Nancy Pelosi tells U.S. Olympic athletes not to "speak out" against the Chinese Communist Party in Beijing lest they risk "incurring the anger" of the Chinese government. pic.twitter.com/kzwSYdMJyM

She repeated this sentiment on Feb. 4 during a public address.

“As I say, I wish the athletes well. I do not encourage them to speak out against the Chinese government there because I fear for their safety if they do,” Pelosi said.

Her comments come after international accusations that the Chinese government is conducting genocide against the Uyghurs and other ethnic minorities. Some western nations refused to send delegations to Bejing in opposition to the government’s denial of the situation.

At the Opening Ceremonies for the 2022 Winter Games on Feb. 4, one of the two athletes China chose to light the Olympic cauldron was Uyghur skier Dinigeer Yilamujiang.

This is absolutely sick.

In December, the U.S. Department of State announced that Americans who travel to China may be detained or deported “for sending private electronic messages critical of the [Chinese] government.” The Department added that they “may be detained without access to U.S. consular services or information about their alleged crime.” Travelers were advised to “keep a low profile” and avoid demonstrations.

Olympic athletes were encouraged to use burner cell phones and avoid using their personal devices while in China. The Federal Bureau of Investigation cited cyber security concerns. The agency said in a notification to athletes on Jan. 31 that “cyber actors could use a broad range of cyber activities to disrupt these events” including “distributed denial of service (DDoS) attacks, ransomware, malware, social engineering, data theft or leaks, phishing campaigns, disinformation campaigns, or insider threats.”

They also warned that some mobile apps developed by ”untrusted vendors” may compromise data security.

The NTT Corporation reported that over 450 million attempted cyber-related incidents occurred during the 2020 Olympics in Tokyo. None of the attempts were succesful. 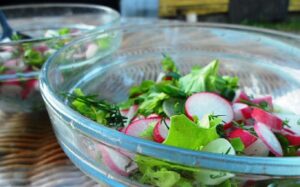