'In his disturbing concurrence, Justice Clarence Thomas confirmed many of our deepest fears' the speaker of the house wrote

“While this extremist Supreme Court works to punish and control the American people, Democrats must continue our fight to expand freedom in America,” wrote Pelosi, who came under fire for sending fundraising emails following the decision.

Pelosi, who is serving her 18th term in congress, reminded her colleagues that Americans “spoke out in large numbers about their opposition” to the Court’s decision, calling it “disrespect for a woman’s freedom over her reproductive health.”

She also singled out Justice Clarence Thomas, who issued a concurring opinion and wrote that in future cases, the Court should reconsider “all of this Court’s substantive due process precedents, including Griswold, Lawrence, and Obergfell.” Those precedents concerned rights for same-sex marriage and contraceptive access.

“In his disturbing concurrence, Justice Clarence Thomas confirmed many of our deepest fears about where this decision may lead: taking aim at additional long-standing precedent and cherished privacy rights, from access to contraception and in-vitro fertilization to marriage equality,” she wrote. “It is still appalling to me that the Chief Justice of the Supreme Court would agree that a Constitutional right does not exist if it was not spelled out explicitly and in public when the 14th Amendment was ratified over 150 years ago.”

The House Speaker added: “While this extremist Supreme Court works to punish and control the American people, Democrats must continue our fight to expand freedom in America. Doing so is foundational to our oath of office and our fidelity to the Constitution.”

CBS News/YouGov polls taken the day the decision was handed down and the day after showed that most Americans consider the overturning of Roe v. Wade a step backward for America. Three-fourths of Republicans approved, whereas 83 percent of Democrats did not approve of the decision.

Pelosi is urging House Democrats to consider legislation that protects women’s personal data that’s stored in reproductive apps. She stated that many fear the information could be used against women by a “sinister prosecutor” in a state that outlaws abortion. She also indicated Democrats, who hold a majority in the House, should take another vote on the Women’s Health Protection Act, which would codify legal abortion into federal law.

The bill passed in the House recently, but stalled in the Senate. It’s unclear if any Senate votes have changed based on the final decision from the Court and polling data taken afterward. But, Pelosi said it was “essential” that they expand Democratic representation to filibuster-proof majorities in the House and Senate in the upcoming midterm elections. 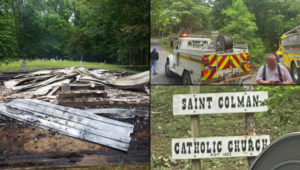