According to whistleblowers in contact with the House Committee on the Judiciary, the Federal Bureau of Investigation has been executing a purge of agents and employees who engage in political speech that the FBI deems unfavorable.

In a letter addressed to FBI Director Christopher Wray, Representative Jim Jordan requested that the Bureau “cooperate fully” with the Department of Justice’s Office of Inspector General and with his committee during a requested briefing on the FBI’s conduct in response to the January 6 protests.

🚨 LATE BREAKING: New whistleblowers allege the FBI is “purging” conservatives at the Bureau.

One agent? A decorated war veteran who served in Iraq and Kuwait.

The FBI had the audacity to question the whistleblower’s loyalty to the country! pic.twitter.com/5yCCIp20MQ

This latest revelation follows a month after Jordan had first contacted Wray and requested a hearing. At that time, it was believed that only agents who participated in protests on January 6 had been punished or reprimanded. Whistleblowers who have since come forth indicate that the FBI is targeting anyone who steps outside of their “orthodoxy.”

One whistleblower, who participated in what was described as an anonymous survey, received an “adverse personnel action” in retaliation for his comments about the FBI’s conduct during and after the protests. That employee had never been previously disciplined or reprimanded for his conduct.

In another instance, the FBI stripped the security clearance of a decorated veteran with medals and commendations for valiancy. The decision to do so came after the individual shared his views that the FBI was “not being entirely forthcoming about the events of January 6.” The FBI labeled this criticism “conspiratorial” and questioned his allegiance to the United States. While working for the FBI, the unnamed agent had received multiple awards and never faced disciplinary action, according to Jordan’s disclosure. In fact, performance evaluations consistently rated the individual as “Exceeds Fully Successful.”

In order to work for the FBI, a security clearance is required. In other words, “a suspension is likely to be the first step in terminating employment.”

In May, Jordan sent a similar letter to the agency following disclosures that a number of FBI personnel were stripped of their security clearance for their participation in the January 6 protest. These individuals did not engage in violence or violate the law, according to the representative’s letter. Instead, they were being prepared for termination with the FBI allegedly citing its requirement that their employees maintain allegiance to the United States. The Republican members of the House Judiciary Committee requested a briefing on these actions in May, but the FBI did not comply.

Six agents have come forward as whistleblowers alleging that the FBI is acting on political motivations and violating the rights of agents who do not toe the party line. These disclosures come just a day before the House select committee concerning the incident on January 6 is scheduled to begin its first public hearings. 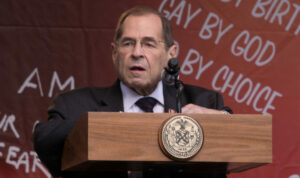