Multiple Arrests Made In Slaying Of Off-Duty California Police Recruit

Two arrests were made in connection with the murder of a rookie off-duty California police officer.

LA County Sheriff Alex Villanueva was first to announce that arrests had been made late Tuesday night by Downey police and at a press conference this evening, District Attorney George Gascón said that two arrests had been made in connection to the fatal shooting of officer Gardiel Solorio.

Earlier this week, off-duty Monterey Park police officer Gardiel Solorio was shot and killed by convicted felon Carlos del Cid in a failed robbery just outside of a local gym. According to Gascón, Solorio was shot five times after he resisted del Cid.

Del Cid will now face the charges of murder and possession of a firearm as a felon. His 17-year-old accomplice — who has not been named — will also face related charges for his role as the wheelman during the robbery attempt. If convicted, he will face life in prison.

In addition to one count of murder, del Cid (sp?) will face additional special circumstance charges including possession of a firearm by a felon. DA says they will be seeking life in prison for del Cid. @foxla

LA district attorney announces an arrest/charges against the suspect who is believed to be responsible for the murder of #MontereyPark police officer Gardiel Solorio. pic.twitter.com/jyEQYHc9yS

Solorio was a freshly minted recruit who had just finished the academy and Monterey Park Police Chief Kelly Gordon spoke briefly about how the department was handling the loss.

“Gardiel grew up in the city of Bell Gardens. He was 26 at the time of this senseless tragedy. He was a graduate of Cal State University Los Angeles. He had a Bachelor’s degree in criminal justice,” Gordon said.

Witnesses were unable to provide any useful information to the police. Those who were present at the shooting could only describe the man as wearing a mask and hoodie.

“We can’t release too much, we are definitely looking for a suspect right now. There might be multiple suspects,” said Downey Police Captain Scott Loughner during a press conference Tuesday. A day later and two killers are now in his custody. 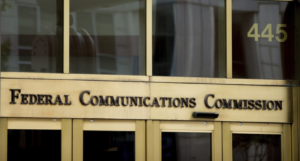 Starlink's Application for $885 Million in Federal Subsidies Rejected by FCC