The US Marine Corps removed 103 of its members from the military this week for refusing to comply with the Pentagon’s COVID vaccine requirement — a move that could soon be extended to other branches of the armed services.

“One hundred three Marines have been discharged for refusing to take the COVID vaccine, the Marine Corps said Thursday, as the military services have begun to discharge a pool of possibly as many as 30,000 active duty service members who still refuse to be vaccinated — even after multiple opportunities to do so past vaccination deadlines,” reports ABC News.

“The news comes the same day the Army announced that it has relieved six leaders — including two commanding officers — over the issue, and that almost 4,000 active-duty soldiers have refused the vaccine,” confirms reporters with Politico.

According to the Pentagon, the Army and Navy are at 98%, while the Air Force stands at 97% and Marine Corps at 95%.

Upwards of 30,000 members of the military remain unvaccinated. 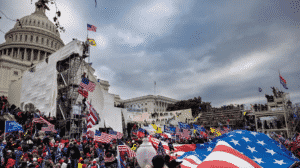