Montana’s Department of Health will not alter the gender listed on birth certificates even if a person undergoes surgery to change their gender.

The announcement comes just over a month after a court temporarily prohibited the state from enforcing a law that required people seeking to change their documented gender to have undergone a transgender surgical procedure. Transgender people also have to obtain a court order stating they would undergo the procedure.

District Judge Michael Moses of Billings called the law “unconstitutionally vague” because it did not say what procedure would make an individual eligible to have their birth certificate edited. Moses said that while he would grant the injunctions, he would not rule on the law’s constitutionality, per ABC News.

Moses’s decision meant Montant was supposed to revert back to 2017 state law that allowed transgender people to have their birth certificate altered if they filed a sworn affidavit with the health department.

The health department issued an emergency order on May 23 announcing it would no longer issue birth certificates with a “gender” marker and instead would list a baby’s sex on the official document.

The order, which was signed by Department of Public Health and Human Services Director Adam Meier, states that a birth certificate cannot be changed “based on gender transition, gender identity or change of gender.” The documents can only be changed “if it was listed incorrectly on the original birth certificate due to a data entry error,” per the Independent Record.

The department said the emergency order was necessary as the injunction had left “an ambiguous and uncertain situation” for it to oversee.

“This emergency rule is a blatant abuse of power meant to undermine the checks and balances of our independent courts,” said Senate Minority Leader Jill Cohenour and House Minority Leader Kim Abbott via a joint statement. “While this rule is intended to make the lives of our transgender neighbors harder, it impacts all of us by eroding the rights that let us live our lives free from government overreach. There’s no emergency here—just the kind of politics that Montanans hate.”

Not all people who identify as transgender elect to undergo surgery, both because of the cost and because of their personal outlook, per AP News.

Birth certificates have been used by many states to determine what school teams an individual may join.

Under South Carolina’s new Save Women’s Sports Act, all student-athletes at public schools and universities must compete on teams that correlate with the gender listed on their birth certificate.

Similar laws are in effect in Texas, Georgia, and Tennesee.

The American Medical Association publicly called for the removal of a legal gender designation on birth certificates in June of 2021 and called it a discriminatory practice.

Willie Underwood III, MD, who published a report on the subject on behalf of the AMA, told WebMD, “Assigning sex using binary variables in the public portion of the birth certificate fails to recognize the medical spectrum of gender identity.”

Ten states currently allow for the neutral gender designation ‘X’ to be used on birth certificates. 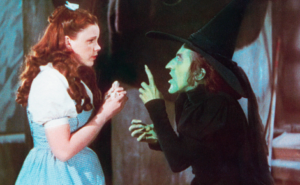