At the Goldman-Sachs Healthcare CEO's Unscripted event, the CEO said he expected the data on booster would not hold up well

A fourth injection to protect against COVID-19 could be necessary, Moderna’s CEO warned on Thursday, adding that he believed getting jabbed regularly would become a “way of life.”

Stephane Bancel, who gave the commentary at a Goldman Sachs-organized healthcare conference on Thursday, said that he expected the data from booster shots administered this fall was “not going to hold great.”

Bancel said Moderna is developing a vaccine candidate tailored to the Omicron variant of the coronavirus. However, the new vaccine version is unlikely to be available in the next two months.

“I still believe we’re going to need boosters in the fall of 2022 and forward,” Bancel said.

Moderna, which benefits from repeat inoculations, said commercial booster market sales could be up to $2 billion in the United States in 2022.

“I will be surprised when we get that data in the coming weeks that it’s holding nicely over time I would expect that it’s not going to hold great,” Bancel added.

Bancel also pointed out that some governments, including Britain and South Korea, have already ordered a fourth vaccine for their populations.

He went on to say that older individuals or those with underlying health conditions might need annual boosters for years to come.

“We have been saying that we believe first this virus is not going away. We’re going to have to live with it,” Bancel concluded.

Bancel’s insights are similar to those of Pfizer CEO Albert Bourla, who said last month that people would likely need a fourth dose, and due to Omicron’s potency, they may need it ahead of schedule.

This week the FDA approved boosters for individuals aged 12 to 17 who initially received the Pfizer-BioNTech vaccine.

The FDA also updated the definition of “up to date” COVID vaccinations to include boosters. 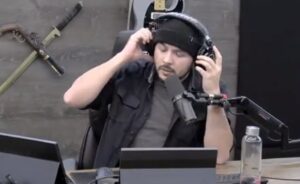