“I’m not going anywhere,” said McConnell, who has served in the Senate since 1985. McConnell defeated Scott 37-10 Fox News reported.

The Kentucky Senator’s victory sets him up as the longest-serving party leader in the history of the Senate behind late Montana Senator Mike Mansfield.

McConnell, who originally secured his role as Senate Majority Leader in 2015, assumed the Senate Minority Leadership role following the 2020 general election. Congressional leadership elections were held despite efforts from the Freedom Caucus and notable GOP leaders including Texas Senator Ted Cruz to postpone the decision until after the Georgia runoff election was held.

The incumbent Georgia Senator is seeking a full six-year term in the upper chamber.

“I’m writing to you today because I believe it’s time for the Senate Republican Conference to be far more bold and resolute than we have been in the past,” Scott wrote in a Tuesday letter seeking colleagues’ support for his efforts to secure a leadership role. “We must start saying what we are for, not just what we are against. I do not believe we can simply continue to say the Democrats are radical, which they are. Republican voters expect and deserve to know our plan to promote and advance conservative values.”

“If you simply want to stick with the status quo, don’t vote for me,” Scott added.

“I have the votes. I will be elected,” said McConnell on Tuesday. “The only issue is whether we do it sooner or later.”

McConnell: "I have the votes. I will be elected. The only issue is whether we do it sooner or later." pic.twitter.com/wuuqp5povs

“I told leader McConnell this has been the healthiest enterprise since I’ve been here in terms of caucus discussion,” said Indiana Senator Mike Braun, who supported Scott’s efforts to secure Senate leadership. “And Rick in my mind brought it out to where we made it a discussion.”

“I think he’s gonna probably make sure that 50 members, depending on where we’re at, all of us feel like we’re part of the process. And I think that’s healthy,” Braun added. 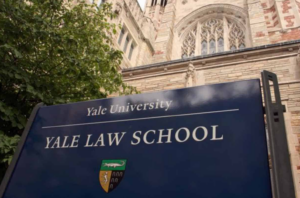