Researchers at MIT have created a solar-powered water desalination device that is able to produce enough potable water for a family of four for about four dollars.

According to the National Oceanic and Atmospheric Administration (NOAA), water security is increasingly in jeopardy in the United States and throughout the world. Research shows that roughly half of the U.S. fresh water basins will incur some level of shortage in the future.

The MIT team, in partnership with researchers from China, developed a wick-free system, which “allows us to achieve high performance and yet also prevent this salt accumulation,” said Evelyn Wang, Ford Professor of Engineering and head of the Department of Mechanical Engineering.

The technology is currently a benchtop device, uses low cost materials and while the device was tested for a full week, it showed no signs of salt accumulation. The next step is for the researchers to scale the devices into workable commercial applications.

MIT’s desalination device, which doesn’t rely on electricity, would be a viable solution in emerging countries impacted by droughts and water shortages.

“I think a real opportunity is the developing world,” Wang told MIT News. “I think that is where there’s most probable impact near-term, because of the simplicity of the design.”

Water scarcity is a global concern. In Pakistan, 56 percent less water is coming into rivers, because of lower temperatures in northern areas of the country and provinces currently have 97 percent water scarcity in their reservoirs. Nashik, the largest city in India’s state of Maharashtra, is facing a water crisis so severe that villagers must now walk three kilometers per day to secure potable water.

While water covers most of the surface of the earth, 97 percent of it is salt water. It is not drinkable because the salt content is so high the human body is unable to process it. To be usable by humans, water must have a salt content of less than one percent. Desalination is the process of removing salt from ocean water to make it ingestible.

Desalination is not a new process. It was first discovered in the 1800s and its first large-scale application was in 1955. One of the main drawbacks, however, is high energy consumption. Solar desalination devices solve that problem, as these apparatuses do not need to be connected to an electrical grid in order to function.

Solar desalination devices have been created previously and have used some type of wick to draw clean water through the device. Researchers have found that design to be inefficient, as the wicks accumulate salt and can be difficult to clean. 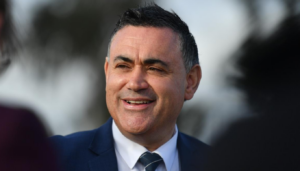