Google has been ordered to pay damages to an Australian politician who left politics after a series of videos from a YouTube creator damaged his reputation.

At the time, Barilaro was the deputy premier of New South Wales, the most populous state in the country.

Jordan Shanks, the political commentator who went by the username friendlyjordies, published the two videos titled “Bruz” and “Secret Dictatorship” in 2020. He called the politician corrupt and questioned his integrity.

“The videos included claims that Mr. Barilaro was a corrupt conman who should be jailed, who committed perjury nine times and engaged in blackmail,” reports The Daily Mail. “Google initially defended the case but later withdrew all defenses and conceded the widely-viewed videos defamed Mr. Barilaro.”

Shanks called Barilaro a “greasy little scrotum” and “meatball” and suggested he was connected to the Italian mafia.

“I found Google’s conduct in this proceeding to be improper and unjustifiable,” Judge Steve Rares told the court. He noted that Google, part of technology conglomerate Aphabet Inc., profited off of the videos.

The judge said Barilaro “was traumatized by Google’s and Mr. Shanks’ campaign and … it caused him to leave public office prematurely.”

He also said that Shank’s statements and language were “nothing less than hate speech.”

“Although Mr. Shanks styles himself as a comedian, his repeated use of such terms was not comedic,” Rares said in his address.

As part of his ruling, Rares said Google did not abide by its own policies regarding cyberbullying, hate speech, and harassment. He said the company did not explain why the “many racist attacks” were permitted to remain on the video platform even though it had received official complaints from Barilaro’s staff at the end of 2020.

Barilaro quit politics in October of 2021. He and Shanks reached a settlement in 2021. Shanks issued an apology in November and edited the two videos. He also agreed to pay $100,000 in court costs.

Shanks was also prohibited from selling a t-shirt with Barilaro as a scrotum.

Outside of the courtroom, Barilaro said he was happy with the ruling and that all he was seeking was an apology.

“It’s all I ever wanted from the outset,” he said, per ABC News. “It’s why we settled with Jordan Shanks. He was prepared to apologize. It was never about money. It was about an apology, removal.” 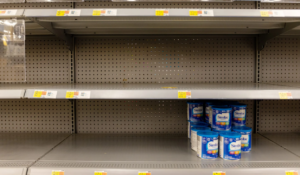