The Missouri’s Republican-majority House of Representatives has voted to push forward a bill that will prohibit medical and surgical gender changes for minors.

According to the bill, SB843, “no physician or health care provider shall provide gender transition procedures to any minor or refer such minor to another health care provider for such procedures. This prohibition shall not apply to services for minors born with medically verifiable disorders of sex development; treatment of any infection, injury, disease, or disorder caused or exacerbated by gender transition procedures; or procedures undertaken because the minor suffers from a condition that would place him or her in imminent danger or death or impairment of a major bodily function unless surgery is performed.”

The legislation will additionally ban insurers from covering any gender alteration treatments for people under the age of 18.

“Any health care provider referring for or providing gender transition procedures for minors may be subject to discipline by his or her professional licensing board for unprofessional conduct. The provision of gender transition procedures to a minor in violation of this act shall be considered grounds for a cause of action against the health care provider, as described in the act,” the bill continues.

Republican Rep. Suzie Pollock, who sponsored the SAFE Act, said during a hearing that the bill “helps kids struggling to embrace their biological sex by protecting them from harmful drugs and surgery,” according to a report from WCMY.

“The SAFE Act is providing a standard of informed consent for children by not violating the Hippocratic Oath of ‘Do no harm,’” Pollock said. “Giving children puberty blockers, cross-sex hormones and even irreversible surgery violates the first duty of medicine, which is ‘Do no harm.’”

The House committee also voted in favor of an amendment to HB 1973 that would require students to play on sports teams for their biological sex, as listed on their birth certificate.

Republican Rep. Ron Copeland said he introduced the amendment in order to protect his daughter “and all the other daughters in the state.”

“I know this is a controversial issue in this body, and when it comes right down to it, I come up here and I’m going to fight for my daughter and all the daughters in the state,” Copeland said. “I want everybody to know that I’m here as a father, and if I can’t fight for my daughter’s rights, I can’t expect anyone else to do that.”

Democratic Rep. Peter Merideth spoke out at the hearing in opposition to the amendment, saying that it is not actually about protecting girls, but about scoring “political points.”

“I’ve got three daughters. I want to protect my three daughters. This stuff is not how we do it … This is not about protecting our daughters. It’s about ignorance and fear,” Merideth said. “It’s about bullying the most vulnerable group of kids in our state to score political points.”

Missouri Democrat Rep. Ian Mackey also expressed his opposition and urged his colleagues to “do the right thing.”

“I just want to remind my colleagues — colleagues that I have had conversations with over the last few days about this legislation — that your vote on the record will last forever,” Mackey said. “Do the right thing.”

“I was afraid of people like you growing up,” Mackey told Republican Rep. Chuck Basye, who had sponsored the bill. “For 18 years, I walked around with nice people like you, who took me to ball games, who told me how smart I was and then went to the ballot to vote for crap like this. I couldn’t wait to get out.”

‘I was afraid of people like you growing up’ — Missouri state Rep. Ian Mackey laid into Rep. Chuck Basye for his proposed anti-trans legislation pic.twitter.com/2eH952BSwi

“I couldn’t wait to move to a part of our state that would reject this stuff in a minute,” Mackey continued. “Thank God I made it, out and I think every day [about] the kids that are still there that haven’t made it out, who haven’t escaped.” 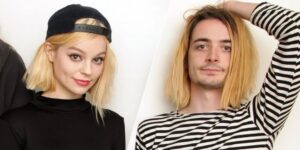