Mars Argo’s cult fanbase has been waiting for the extremely private musician, whose real name is Brittany Sheets, to officially break her silence since her victory in a legal battle with former collaborator Titanic Sinclair (born Corey Mixter) in 2019.

Fans speculate that “Angry” is the first taste of the “Using You” singer’s upcoming debut album, which will be her first as an independent artist.

To make the loss of those career opportunities sting even worse, Sheets alleged that Mixter subjected her to harassment, stalking, threats, and even physical abuse following their breakup. This — along with the apparent copying of her likeness for financial gain — led Sheets to file a lawsuit against Mixter on April 17, 2018.

Court documents also named Pereira as a “knowing accomplice to Mr. Mixter’s unlawful actions.” Sheets’ lawyer Matthew Umhofer lambasted the duo, stating that “Their only artistry is con artistry. Their only original creation is the suffering they’ve caused my client.” Pereira has since undergone her own falling out with Mixter that was left to be ruled in the court of public opinion. Poppy has since then gained popularity in her own right, venturing into the metal genre, changing her look on a constant basis, and even spoofing the softly-lit Sinclair-directed YouTube videos of old for her own take on creepy-cuteness in a blank white void.

The lawsuit reached a mutually agreed settlement on Jan. 3, 2019. While no money was exchanged between either party for damages, the resolution assigned Sheets all the rights to Mars Argo properties. On Jan. 9, 2019, Sheets shared a statement from Umhofer on her personal Instagram: “All rights in Mars Argo have been assigned to Ms. Sheets…She is happy with this resolution and is excited to move forward both professionally and personally.” Since that post, Mars Argo went radio silent on all social media platforms — until yesterday.

Mars Argo at last launched a verified Spotify page with a bio that simply says “I’m back,” and changed the name of her YouTube page to “shouldicleanmyroom.” Fans are over the moon streaming “Angry,” a haunting alt-pop track that loops perfectly back to Argo’s signature piercing bright voice delivering lines like “You give yourself up to imagination / You will tear your heart out.”

Because Mars Argo’s artistic potential got nipped in its budding stages by scandal and drawn out litigation, it will be especially exciting and nostalgic for long-time fans to watch her finally take her creative output and public image into her own hands. This marks the end of her six year hiatus and the beginning of a new era for the artist. 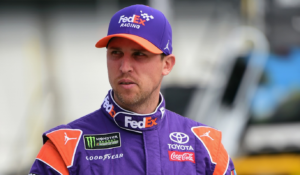