Minneapolis voters have rejected the left’s calls to “abolish the police” and create a new “Department of Public Safety” to take their place.

The ballot measure would have removed the requirement for the city to have a police department with a minimum number of officers based on population from the city charter.

The question failed 57 percent to 44 percent, according to the Minnesota Secretary of State’s office with 133 of 136 precincts reporting.

The proposal required 51 percent of voter approval to pass.

In August, Omar had argued in an op-ed for the Star Tribune that dismantling the police department was the path to ending police brutality.

“For decades, those opposed to change and civil rights have used fear and invocations of “law and order” to keep people from reimagining a more humane system,” Omar wrote. “We have a chance in this moment to reject that. We have an opportunity, once and for all, to listen to those most impacted by police brutality and the communities who have been demanding change for decades. We have a mandate, in the wake of George Floyd’s murder, to deliver a public safety system rooted in compassion, humanity and love, and to deliver true justice. I hope we fulfill it.”

Ellison had a similar view, which he tweeted about on the same day that Omar’s op-ed was published.

Fundamentally, communities across Mpls need & want the possibility for reform & accountability, which the current Charter blocks by locking us into an outdated model for law enforcement and safety. They want to end the cycle of inaction.

“Fundamentally, communities across [Minneapolis] need & want the possibility for reform & accountability, which the current Charter blocks by locking us into an outdated model for law enforcement and safety. They want to end the cycle of inaction,” he wrote. “This year the residents of [Minneapolis] have asked for and can take that first step of action on the ballot. As a resident of [Minneapolis] where George Floyd’s murder sparked a national call for real reform, I will vote Yes for greater public safety & more human rights for all. #Yes4Minneapolis.”

“We have just seen a clear backlash to progress in our city,” Cunningham said. 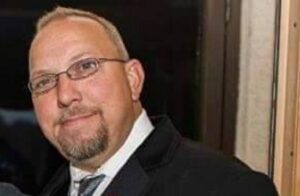