An independent report completed at the request of the city of Minneapolis found Minnesota failed to create a crisis response plan.

The Minneapolis government hired a safety, security and risk-based engineering and consulting company to review its management of large-scale protests that occurred after the May 2020 death of George Floyd.

Hillard Heintze, a subsidiary of Jensen Hughes, found that poor organization, lack of foresight, and poor communication exacerbated the destruction and danger that plagued Minneapolis during the days protestors took to the streets.

In its report provided to the city, the company listed 25 significant errors made by the city government and the Minneapolis Police Department. Heintze reviewed over 2,400 documents as part of its analysis, including strategic plans, mutual aid agreements with external agencies, and recordings from body-worn cameras used by police. The independent analyst also conducted more than 90 interviews with community members and city officials.

“The report depicts the confusion and miscommunication that plagued Minneapolis officials during the riots that delayed deploying hundreds of National Guard soldiers to stop widespread looting and destruction that spread to the Third Police Precinct, which was burned to the ground,” reports The Center Square.

The company described the damage inflicted on the city during the May 2020 riots as “unprecedented” and said that residents were left “traumatized.”

“The City of Minneapolis faced an unprecedented level of violence during the unrest that followed the murder of George Floyd,” Heintze wrote. “These violent actions occurred after many residents complained about a history of abuse by the Minneapolis Police Department (MPD) and during a contentious national election cycle and the COVID-19 pandemic.”

“Even though the level of protest and violence was unprecedented, better planning, organization, communication and adherence to command-and-control principles by the MPD and city officials would have led to a better response,” the company added.

The report noted that Minneapolis had previous experience with a “sustained protest.”

In 2015, its 4th Precinct had been advised on how to handle future occupations. The company found that neither the city nor the Minneapolis Police Department had implemented any of the recommendations.

The consulting company advised the city to repair damaged relationships with its resident, focusing on the negative impact the city government’s action in May of 2020 had on public trust.

“The best way to manage future protests and keep them from turning violent is to create a dialogue between the MPD and the community in advance,” advised Heintze. “Such an effort should create an environment wherein the MPD and residents can build trust and respect and address concerns.”

More than 700 buildings were damaged during the riots according to a map released by the City of Minneapolis in June of 2020. At least 12 were completely destroyed or needed to be demolished out of concern for public safety.

The Director of Public Works Robin Hutcheson told Fox News that workers had collected 115 tons of garbage during the clean-up process.

In addition to the damage in Minneapolis, the total cost of the riots that broke out in cities across America between May 26 and June 8, 2020 is estimated to be between $1-2 billion. 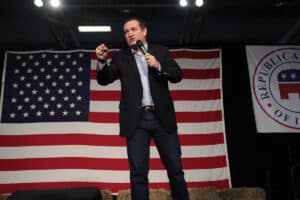