Sen. Ted Cruz (R-TX) slammed President Biden’s administration for “their latest talking point” about rising energy prices being the result of unused oil and gas leases, suggesting that it was an attempt to deflect blame onto oil companies and mislead Americans.

“Their latest talking point is there’s all these wonderful permits that just the oil companies for whatever reason don’t want to drill upon,” Cruz said. “Now, I understand that the White House’s talking points are written by an 18-year-old intern who’s taking freshman socialism, but it would be good to have someone who has actually worked in the private sector and has some awareness of how energy is produced.”

“Energy producers will drill for oil and gas wherever it is profitable, wherever it is viable,” he continued. “Many of those permits are not being drilled because if you got a natural gas well that you’re trying to drill, you have to have a pipeline to carry the gas from the well to its end users and the Biden Administration is also freezing pipelines.”

CRUZ: "I understand that the White House's talking points are written by an 18 yr. old intern who’s taking freshman socialism but it would be good to have someone who has actually worked in the private sector & has some awareness of how energy is produced"pic.twitter.com/P1Nj3SQbzL

After gas prices hit record high levels over the weekend, Fox News asked White House Press Secretary Jen Psaki why President Biden had not yet resumed issuing new oil and gas leases on federal lands. Psaki responded by claiming “there are 9,000 approved drilling permits that are not being used.”

However, some energy industry representatives argued that the claim was misleading and lacked context.

“That accusation is a complete red herring,” American Exploration & Production Council (AXPC) CEO Anne Bradbury told FOX Business. “It’s really a distraction from the fact that this administration has paused leasing on federal lands, something that we’re concerned about and something that we think needs to continue right away.”

Kevin O’Scannlain at the American Petroleum Institute (API) made similar comments in response to Psaki’s claim.

“The argument about ‘unused’ leases is a red herring, a smokescreen for energy policies that have had a hamstringing effect on the world’s leading producer of natural gas and oil,” O’Scannlain said. “Ultimately, energy policies affect the energy investment climate. Specifically, they impact the ability of producers – typically accountable to shareholders – to take the risks involved in spending billions of dollars to find and develop oil and gas. Mischaracterizing the way federal leases work does not help foster new investment and risk-taking.”

O’Scannlain also explained that when “a company acquires a lease, it makes a significant financial investment at the beginning of the lease in the form of a non-refundable bonus bid and pays additional rent until and unless it begins producing… Developing a lease takes years and substantial effort to determine whether the underlying geology holds commercial quantities of oil and/or gas. The lengthy process to develop them from a lease often is extended by administrative and legal challenges at every step along the way.” 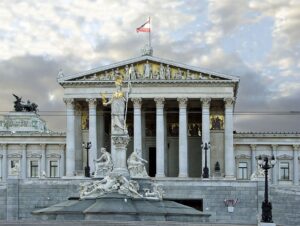