Pence: 'These attacks on the FBI must stop'

Former Vice President Mike Pence indicated he might be willing to testify in front of the January 6 Committee and cautioned Republicans about vilifying the FBI following their raid on Mar-a-Lago.

“If there was an invitation to participate, I would consider it,” Pence said in response to whether or not he would be willing to testify in front of the January 6 Committee.

He added: “But you’ve heard me mention the Constitution a few times this morning. Under the Constitution, we have three co-equal branches of government. Any invitation to be directed to me, I would have to reflect on the unique role I was serving in as vice president.”

I also want to remind my fellow Republicans, that we can hold the attorney general accountable for the decision that he made without attacking the rank and file law enforcement personnel at the FBI. The Republican Party is the party of law and order. Our party stands with the men and women who serve on the thin blue line at the federal and state and local level. And these attacks on the FBI must stop. Calls to defund the FBI are just as wrong as calls to defund the police. And in the wake of the four years that we endured the politicization of the FBI, the American people have a right to know the basis for this. This unprecedented action does demand unprecedented transparency.

Pence suggested that in responding to the Federal Bureau of Investigation’s unprecedented search of a former president’s home there is a middle path forward. Conservatives, the former vice president argued, should not declare total war against the “rank-and-file law enforcement personnel” at the bureau, nor should they idle and do nothing. Instead, Pence says that an extraordinary level of transparency must be demanded from Attorney General Merrick Garland for his role in authorizing the raid. 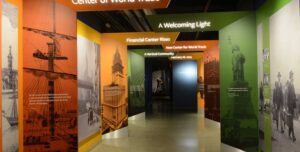