The Supreme Court of Michigan ruled that discrimination based on sexual orientation or gender identity is prohibited under the sex-based discrimination clause of an existing civil rights law.

“Michigan is more free and fair than it was yesterday,” Governor Gretchen Whitmer said in a statement released on July 28. “For too long, LGBTQ+ Michiganders had been left out of our state’s civil rights protections. No longer. Because of this ruling, nobody can legally be fired from their job or evicted from their home because of who they love.”

“If we’re going to attract the talented workforce our businesses need to create jobs and grow our economy, then we’ve got to get on the right side of history,” the governor added. “I will keep fighting to make Michigan a safe, welcoming place no matter who you are, where you come from, or who you love.”

The expansion of the definition of sex-based discrimination was opposed by two justices who felt the majority’s opinion constitutes judicial overreach.

“This Court’s duty is to say what the law is, not what it thinks the law ought to be. But this is exactly what a majority of this Court has done here,” Justice Brian Zahra wrote.

“Though I take no issue with today’s outcome, because I do not recognize the manner in which it has been achieved by the majority opinion to be faithful to the judicial role, I dissent,” the justice concluded.

The court was asked to rule on a 2019 case where two businesses in the Upper Peninsula refused service to an LGBT couple and a transgendered person, citing their religious beliefs.

Rouch World, an event center, declined to serve as a wedding venue for a lesbian couple. Uprooted Electrolysis, a hair removal salon, declined to offer its services to a transgender person who identified as a woman.

The Court of Claims ruled in October 2021 that the meaning of the term “sex” as included in the ELCRA did not extend to sexual orientation because of a precedent set by a Court of Appeals ruling in 1993, per Michigan Advance.

The state’s highest court, which heard arguments on the matter in March, overturned the lower court’s decision.

“No longer will businesses, employers, retailers, educational institutions, landlords, realtors or others be permitted to discriminate against a person in Michigan based on their sexual orientation or their gender identity,” Nessel said after the court’s ruling was released, per WNMUFM. “At long last, we have protections for sexual orientation and gender identity in so many different areas that we ever did before, and it is a great feeling, let me say.”

The ruling coincides with a lawsuit brought against the federal government by 20 states, which claims the United States Department of Agriculture unlawfully expanded anti-discrimination laws to include sexual orientation and gender identity under the umbrella of sex-based discrimination. 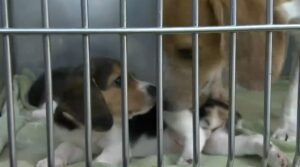 EXCLUSIVE: Fauci-Funded Labs Purchased Dogs to Use in Drug Tests From Disgraced Beagle Breeding Facility That Was Shut Down For Cruelty