Local officials in a Detroit-area community have voted to allow religious animal sacrifices.

Muslims often engage in ritual sacrifice of animals (sheep, goat, camel, ram, or cow) during Eid al-Adha (Arabic for “Festival of Sacrifice”), commemorating their belief that the prophet Ibrahim (Abraham in Christianity and Judaism) was willing to sacrifice Isaac out of obedience to God before Abraham’s son was replaced with a ram.

The vote followed months of debate and pressure from Muslim residents with applause breaking out after the vote.

“If somebody wants to do it, they have a right to do their practice,” Mayor Pro Tem Mohammed Hassan said, according to the Detroit Free Press.

Individuals who want to conduct an animal sacrifice are required to notify the city at least a week in advance, must provide the exact date and time of the sacrifice, and must allow city officials to inspect the ritual site to ensure the area is properly cleaned and sanitized, according to Fox 2 Detroit.

Some local residents voiced opposition to the amendment, arguing it would lead to animal cruelty and sanitation issues. They also voiced concern about people seeing the throats of animals being slit with blood and entrails coming out.

Supporters of the ordinance cite a ruling from the U.S. Supreme Court more than 3o years ago prohibiting city bans on animal sacrifices for religious purposes.

They also argue that members of the Jewish community perform animal sacrifices during holidays, referencing Orthodox Jews who travel to Hamtramck to slaughter chickens every year on the eve of Yom Kippur, according to Yahoo News.

The new ordinance will continue prohibition against local ownership of cows, goats and sheep, except for “temporary religious sacrificial purposes as permitted by law,” Daily Caller reported. The outlet also reports the new ordinance protects against animal cruelty by requiring animals to be killed in a “humane way,” while also requiring residents performing sacrifices to “dispose of all waste in accordance with local, state, and federal law.” 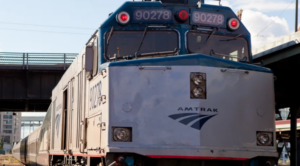