Former lawyer Michael Avenatti has been sentenced to 14 years in federal prison for defrauding clients and obstructing the IRS.

Over the summer, Avenatti pleaded guilty to four counts of wire fraud and one count of obstruction. He was sentenced for those crimes on Monday.

“Suspended plaintiffs’ lawyer Michael John Avenatti was sentenced today to 168 months in federal prison for stealing millions of dollars from his clients – one of whom was a paraplegic with mental health issues – and for obstructing the IRS’s efforts to collect more than $3 million in payroll taxes from an Avenatti-owned coffee business,” the Department of Justice said in a statement.

United States District Judge James V. Selna handed down the sentence and said Avenatti “has done great evil for which he must answer.”

“Michael Avenatti was a corrupt lawyer who claimed he was fighting for the little guy. In fact, he only cared about his own selfish interests,” said United States Attorney Martin Estrada. “He stole millions of dollars from his clients – all to finance his extravagant lifestyle that included a private jet and race cars. As a result of his illegal acts, he has lost his right to practice law in California, and now he will serve a richly deserved prison sentence.”

Judge Selna ordered that his imprisonment will run consecutive to sentences totaling five years previously imposed in the other two federal cases.

Avenatti was also ordered to pay $10,810,709 in restitution to four clients and to the IRS.

“Michael Avenatti violated the trust placed in him by his clients. Instead of helping his clients receive the compensation that they were owed and needed, he pocketed the money, stealing from people who were already hurting. The money was used to fuel a lavish lifestyle that had no limits,” stated Tyler Hatcher, the Special Agent in Charge of IRS Criminal Investigation’s Los Angeles Field Office. “While today’s sentencing concludes the government’s case against Mr. Avenatti, the enormous damage left behind will be felt by his former clients for quite some time. It is our sincere hope that his victims will take some solace in the fact that he has been held accountable for his criminal actions.” 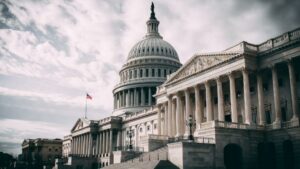