The lawsuit was settled in the Northern District of California on Monday.

The complaint was over the big tech giant’s use of tracking “cookies” in 2010 and 2011 to monitor users’ internet use even after they had logged off the Facebook platform.

As part of the settlement, Facebook also agreed to sequester and delete all the data at issue, which is believed to be unprecedented in a data privacy class action. The agreement is subject to Court review and approval, according to a press release from David Straite, co-lead counsel for the plaintiffs.

“We are grateful to the Ninth Circuit for its watershed ruling, and to Facebook for negotiating this resolution in good faith. This settlement not only repairs harm done to Facebook users but sets a precedent for the future disposition of such matters,” said Straite. “I’ve been involved in more than a few data privacy matters in which the defendant would only consider monetary relief or window-dressing injunctive relief. We applaud Facebook’s willingness to also delete the user data that we alleged was improperly collected.”

The Washington Examiner reports, “Facebook had won the case three times before appearing before the U.S. Court of Appeals for the 9th Circuit. In a 2020 ruling, the 9th Circuit determined that the unlawful monetization of personal data creates ‘economic harm.’ This decision contrasted with earlier legislation, which argued that objective numbers had to be provided to prove the harm.”

“Reaching a settlement in this case, which is more than a decade old, is in the best interest of our community and our shareholders, and we’re glad to move past this issue,” a spokesperson for Meta told Variety.

The settlement is subject to Court review and approval.

On Monday, Texas Attorney General Ken Paxton has filed a lawsuit against Facebook over their prior use of facial recognition technology.

The lawsuit is seeking “hundreds of billions” in civil penalties for violating the state’s privacy protections of personal biometric data.

“For over a decade, while holding itself out as a trusted meeting place for Texans to connect and share special moments with family and friends, Facebook was secretly capturing, disclosing, unlawfully retaining — and profiting off of — Texans’ most personal and highly sensitive information: records of their facial geometries, which Texas law refers to as biometric identifiers,” the state argued in the legal complaint.

In 2015, Facebook settled a lawsuit brought on by the state of Illinois over a similar issue for approximately $650 million. 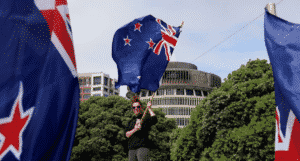