Merrick Garland: DOJ Has 'Obligation,' Will Not Allow Voters To Be Intimidated

'A Threat To Any Election Official, Worker, Or Volunteer Is, At Bottom, A Threat To Democracy' Said Deputy AG Lisa Monaco

On Monday, United States Attorney General Merrick Garland said the Department of Justice (DOJ) had an obligation to ensure voters will not be intimidated in the upcoming midterm elections.

A reporter asked Garland his concerns about voter intimidation regarding “armed” polling stations in Arizona and Texas.

“The justice department has an obligation to guarantee a free and fair vote by everyone who’s qualified to vote and will not permit voters to be intimidated,” said Garland in response.

An unidentified voter and their wife alleged they were apprehended by a group of individuals while dropping off their ballot at an early voting drop box in Arizona. The group of individuals reportedly took photographs of their license plate and followed the voters as they left. The instance has been referred to the Arizona Attorney General’s office along with the DOJ, CNN reported.

On Friday, a separate instance in Arizona alleged two armed individuals wearing tactical apparel were seen at a ballot drop box in Mesa though the group reportedly dispersed when the County Sheriff’s Office arrived.

“We are deeply concerned about the safety of individuals who are exercising their constitutional right to vote and who are lawfully taking their early ballot to a drop box,” said Maricopa County Board of Supervisors Chairman Bill Gates and Recorder Stephen Richer in a joint statement on Saturday.

Last summer, the DOJ announced the creation of a new task force addressing a reported rise in threats against election officials.

“There are many things that are open to debate in America,” said Garland in a June speech in 2021. “But the right of all eligible citizens to vote is not one of them. The right to vote is the cornerstone of our democracy, the right from which all other rights ultimately flow.”

“A threat to any election official, worker, or volunteer is, at bottom, a threat to democracy,” said Deputy Attorney General Lisa Monaco in a memo sent to federal prosecutors and the FBI. “We will promptly and vigorously prosecute offenders to protect the rights of American voters, to punish those who engage in this criminal behavior, and to send the unmistakable message that such conduct will not be tolerated,” 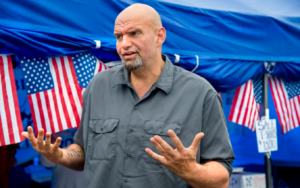