German luxury automaker Mercedes-Benz has announced that the company will build its own global network of electric vehicle (EV) charging stations.

The $1 billion project will provide 10,000 new plugs worldwide, with 400 new charging stations and 2,500 fast-charging plugs in the U.S., allowing the company to directly compete with Tesla, which owns and operates more than 40,000 chargers globally.

Mercedes-branded charging stations will be available to all makes of EVs, but the company is providing an added benefits to Mercedes drivers — reservations.

Markus Schäfer, Chief Technology Officer for Mercedes-Benz, told a crowd at the 2023 technology showcase CES that a real-life problem experienced by many drivers is arriving at a charging station that is already occupied.

The company is now updating its navigation software so when a driver enters a destination for driving directions, the guidance system will factor in charging stops and Mercedes owners will be able to schedule a reservation at a port to recharge their car.

“So if the system knows you’re running in San Francisco at four o’clock, just make a reservation for your charging spot,” Schäfer said. “And even if you are delayed during traffic, the schedule is adjusted so that’s really a benefit from Mercedes-Benz customers being able to make a reservation at our Network.”

ChargePoint and MN8 Energy (founded under Goldman Sachs) are partnering with Mercedes to install the EV charging hubs with the cost split evenly between Mercedes and MN8.

“This is for us a strategic decision to really put our money where our mouth is and back up the direction that we’re already taking over the last few years, pivoting towards electric and putting the company in a position by the end of this decade to be able to serve markets with an all-electric lineup,” Mercedes-Benz CEO Ola Källenius said in a press briefing, according to The Verge.

The new EV charging stations will be located in “key cities and urban population centers, along major highway corridors and close to convenient retail and service destinations,” The Verge quoted Mercedes executives as saying. 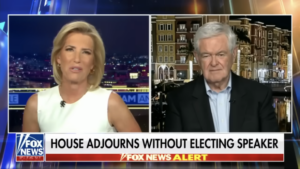