Medication Abortion Available by Mail After Historic Move by FDA

This week, the U.S. Food and Drug Administration announced patients seeking a medication abortion can now legally have the product sent to them through the mail.

“The FDA’s decision eliminating its unnecessary in-person requirement did not come a moment too soon,” Julia Kaye, an attorney for the ACLU, said in a statement following the FDA’s announcement Thursday.

Critics and supporters of medication abortion, a two-pill process that can terminate a pregnancy, have been vocal about the impact on either side.

Medication abortion has been a growing practice among those seeking to terminate a pregnancy, intensifying the debates of legality and morality from both sides.

“This question about abortion inducing-drugs is really kind of the next phase of the fight over abortion,” said John Seago, a member of the legal team at Texas Right to Life.

The elimination of the Food and Drug Administration rule means abortion pills can be prescribed through telehealth consultations. This allows providers to mail the medication to patients in states permitted by law. Previously, the medicines could not be shipped to patients, except for a temporary suspension during the COVID pandemic.

Mifepristone, the abortion medication, was approved by the FDA in 2000 for this specific use. It is used in tandem with a second drug, misoprostol. The FDA previously required patients to pick up mifepristone in person with their healthcare provider. The restriction, however, did not require that the medication be taken in a clinical setting, and most patients take it at home.

While the change is a significant move for abortion rights, the FDA did not change a requirement that prescribers register with the manufacturers, purchase mifepristone ahead of time and dispense the medication themselves. This requirement means extra work for providers, and abortion rights advocates believe it will discourage some physicians from prescribing the drug.

According to the FDA, mifepristone has been used to end pregnancies in more than 60 other countries.

In 2017, records indicated that 339,640 patients received medication abortions. According to data collected by the Guttmacher Institute, this number represents about 39 percent of all abortions that year. The FDA estimates that 3.7 million women used the drug from 2000-2018.

“With Roe v. Wade hanging by a thread, it is especially urgent that the federal government do everything in its power to expand access to this medication,” Kaye said.

She indicated there is no reason to treat mifepristone differently than other prescription drugs, adding that in-person pickup requirement imposes a significant burden on those seeking treatment.

“Women have to arrange for transportation and child care, take off work. The change will allow many patients to access care earlier with fewer burdens and costs,” Kaye added.

Abortion rights groups praise the FDA change on in-person dispensing but are frustrated the agency did not remove all of the restrictions.

According to the Catholic News Agency, Archbishop William E. Lori of Baltimore, chairman of the U.S. Conference of Catholic Bishops’ Committee on Pro-Life Activities, said Thursday, “Far from the accompaniment that women in crisis pregnancies deserve, this decision would leave women alone in the midst of trauma, often without any medical attention or follow up care.”

“One of the essential tasks of governments is to safeguard the health and well-being of citizens,” he continued. “As such, the FDA ought to act to protect the lives and health of mothers and children, rather than merely succumbing to the abortion industry’s pressure to loosen safety standards.” 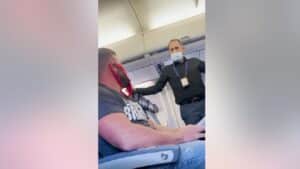