McDonald's Announces Temporary Closure of Over 800 Locations in Russia

Fast-food giant McDonald’s is closing 850 locations in Russia because of the nation’s invasion of Ukraine.

McDonald’s announced on March 8 that due to the “needless human suffering unfolding in Ukraine” it would temporarily shutter Russian locations of the chain and pause its business in the market.

Some international customers, including UK Members of Parliament, were upset that McDonald’s and beverage giant Coca-Cola had not stopped conducting business in Russia despite the military attack two weeks ago.

“McDonald’s and Coca Cola and their like should be giving that very clear lead and signal that they are standing in unity with the rest of the world,”said  Labour MP and member of the Commons business committee Andy McDonald, per the Evening Standard. “In the absence of that, people should vote with their feet.”

At least three Ukrainian supermarket chains had announced they would stop selling Coca-Cola products as of March 6, reported The Sun.

In a letter to McDonald’s franchisees, Chief Executive Officer Chris Kemczinski wrote that “the conflict in Ukraine and the humanitarian crisis in Europe has caused unspeakable suffering to innocent people.”

He noted that the company had already provided financial support to McDonald’s employees in Ukraine, including continuing to pay their full salary and making a $5 million donation from its Employee Assistance Fund.

Additionally, through the chain’s Ronald McDonald House Charities, the company was able to help distribute medical care and humanitarian aid to people in need from its branches in Ukraine, Poland, and Latvia.

Kemczinski said the decision to close its Russia locations was “extraordinarily challenging.”

“For 66 years, we have operated with the belief that communities are made better when there’s a McDonald’s nearby,” the executive said.

The company employs roughly 62,000 people in the country and conducts business with hundreds of local suppliers.

“We understand the impact this will have on our Russian colleagues and partners, which is why we are prepared to support all three legs of the stool in Ukraine and Russia,” Kemczinski said.

Just like their Ukrainian counterparts, Russian McDonald’s employees will still receive their full salaries while the locations are closed.

Citing the ongoing nature of the conflict and supply-chain disruptions, the international burger chain said it was “impossible to predict” when the 850 location may be reopened.

“McDonald’s restaurants in Russia and Ukraine account for 2% of its systemwide sales, roughly 9% of its revenue and 3% of its operating income,” reports CNBC.

CNBC noted that coffee-chain Starbucks, which has 130 locations in Russia, had not paused its operations.

The fast-food conglomerate Yum Brands, the company behind KFC and Taco Bell, announced they would “redirect all profits from operations in Russia to humanitarian efforts” and “suspended all investment and restaurant development” in the country, via a press release.

McDonald’s opened its first location in Moscow 32 years ago, just months before the collapse of the Soviet Union. 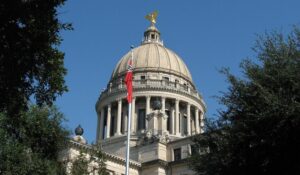 Mississippi Passes Bill Regulating the Discussion of Race in Schools