Mississippi Passes Bill Regulating the Discussion of Race in Schools

The Mississippi legislature passed a bill that moderates the discussion of race in schools.

The bill was vigorously debated for more than an hour in the chamber prior to the vote. Ultimately, every black senator walked out in protest.

Black lawmakers questioned Senator Michael McLendon, who introduced SB 2113, as to the necessity of the bill.

“I had so many constituents in my district that were concerned over the teachings that they have heard from around the country, they want to make sure that this was not a problem with Mississippi, so that’s why this bill was brought forward,” McLendon said in response.

“This is not needed. It’s a waste of time, your time and mine,” Senator David Jordan, a former teacher, said to McLendon. “I know there are people out there who got fear, but as a good senator you can relay to them that there is no basis for it.”

After its passage in the Senate, the bill advanced to the House. The legislative body approved the bill on March 7 in a 75-43 vote.

While speaking to the chamber, state Representative Donnie Scoggin said the bill did not alter the way history was taught to students.

“History is history, and all we’re saying is there’s not going to be discrimination on race, creed or sex,” he said.

His comments were called “disingenuous” by Representative Kabir Karriem, according to The Jackson Free Press.

“This bill leaves too much to chance in our school system and, at the end of the day, our children will be the ones who suffer,” Karriem said. “I’m pleading with you to make sure our children are taught factual history in the classroom and that teachers will not be censored for what they teach.”

SB 2113 states that “no public institutions of higher learning, community/junior college, school district, or charter school shall direct or compel students to affirm that any race, ethnicity, religion or national origin is inherently superior, or that individuals should be adversely treated based on such characteristics.”

The policy prohibits students from being subject to distinctions of classification “made on account of race other than the required collection or reporting of demographic information” and bars instructions that “affirms such principles.”

Furthermore, the state of Mississippi cannot direct funding to any of its entities, including district, charter school, community colleges, or boards of trustees, for a purpose that would violate the bill.

“CRT is defined by its original proponents as an academic framework for legal analysis which holds that racism can be ‘embedded in legal systems and policies,’” notes Mississippi First. “By this definition, the concepts outlined in SB 2113 would not be classified as CRT. In recent years, however, both supporters and detractors of CRT have altered or expanded its definition to include a number of concepts that do not necessarily align with its original conception in the 1980s.”

The bill will now be sent to Governor Tate Reeves for approval and signature. 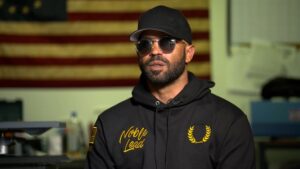