The announcement followed a meeting between McCarthy and Democratic Minority Leader Hakeem Jeffries.

“I have rejected the appointments of Adam Schiff and Eric Swalwell for the House Intelligence Committee,” wrote McCarthy on Tuesday.

“I am committed to returning the [House Intelligence] Committee to one of genuine honesty and credibility that regains the trust of the American people.”

I have rejected the appointments of Adam Schiff and Eric Swalwell for the House Intelligence Committee.

I am committed to returning the @HouseIntel Committee to one of genuine honesty and credibility that regains the trust of the American people. pic.twitter.com/ePxlbanxta

“I appreciate the loyalty you have to your Democrat colleagues, and I acknowledge your efforts to have two Members of Congress reinstated to the House Permanent Select Committee on Intelligence,” McCarthy wrote. “But I cannot put partisan loyalty ahead of national security, and I cannot simply recognize years of service as the sole criteria for membership on this essential committee. Integrity Matters More.”

“As such, in order to maintain a standard worthy of this committee’s responsibilities, I am hereby rejecting the appointments of Representative Adam Schiff and Representative Eric Swalwell to serve on the Intelligence Committee.”

It is my assessment that the misuse of the panel during the 116th and 117th Congresses severely undermined its primary national security and oversight missions — ultimately leaving our nation less safe. Therefore, as we enter a new Congress, I am committed to returning the Intelligence Committee to one of genuine honesty and credibility that regains the trust of the American people.”

“This is petty, political payback for investigating Donald Trump. If he thinks this will stop me, he will soon find out just how wrong he is. I will always defend our democracy,” wrote Schiff in a Tuesday tweet.

“This rejection is based on a claim that the Washington Post independent-fact checker gave 4 Pinocchios,” Swalwell wrote Tuesday. “Speaker [John] Boehner and [Paul] Ryan, both Gang of 8 members, appointed me to Intel with access to the same facts McCarthy is distorting. He can keep me off Intel, but I’m not going away.”

“The apparent double standard risks undermining the spirit of bipartisan cooperation that is so desperately needed in Congress,” Jeffries said regarding the California representatives’ removal from their committees.

Prior to securing speakership, McCarthy expressed interest in removing the Californian representatives from the committee. Speaker of the House has unilateral authority to prevent members of Congress from serving on the House Intelligence Committee.

The Speaker of the House has also expressed interest in removing Democratic Minnesota representative Ilhan Omar from the Foreign Affairs Committee, though McCarthy would need support of Congress in a House floor vote.

Schiff has been accused of lying in regards to investigations into former President Donald Trump. Swalwell has been criticized for a prior relationship with a woman discovered to have been an alleged Chinese spy. 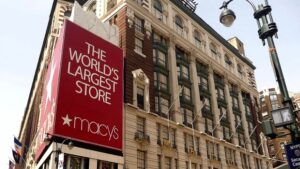