Four migrants sent to New York City after illegally crossing into the U.S. through Texas have been arrested after allegedly stealing thousands of dollars in merchandise from a Macy’s store near Queens.

The Nassau County Police Department was called earlier this month after four men fled the store, jumping into a 4-door BMW, according to local affiliate Fox 5.

Officers pulled the car over, finding more than $12,000 in stolen merchandise.

Police arrested Wrallan Cabezas Meza, 19, of the Bronx, Jose Garcia Escobar, 30, Miguel Angel Rojas, 21, and Rafael Rojas, 27, of Manhattan, Fox reported, adding that the Rojas brothers were living at a nearby Westin Hotel, which is housing migrants.

Shortly after the arrests, officers connected the men to six other burglaries, going back to November 2022.

All four suspects were charged with 3rd Degree Grand Larceny, arraigned, and released without bail.

“These are ongoing, organized crime groups that have been sent up here for the purpose to commit crimes here,” Ryder said, “knowing if you’re caught, and you get out and sent back to where you came from, we’ll send a new crew.”

Ryder added that roughly 90 percent of all recent burglaries in the area have been connected to groups in South America, and that the department is working with federal agencies to identify the organizations.

“Where’s our national response?” Adams asked during a press conference. “I can understand those who are looking at what we’re doing through the prism of a normal situation,” he explained. “What I’m going to ask of them is look at this [as] the situation of a crisis. The same we looked at COVID, the same way we respond when there’s a major flooding, the same way when we have a natural disaster.”

As of Jan. 24, New York City officials were planning to open a sixth emergency shelter to provide housing and social services to migrants being sent. Adams says the sheltering effort is costing his city $2 billion and wants the federal government to reimburse the city and for Gov. Kathy Hochul to move some of the new arrivals to facilities upstate. 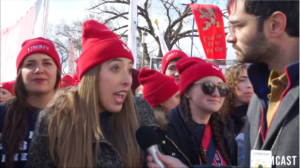