UPDATE: McCarthy has lost the 11th round of voting.

McCarthy will not secure the speakership on the 11th ballot. pic.twitter.com/akLeukCain

Rep. Kevin McCarthy has been nominated for House Speaker once again in the 11th round of voting.

Thursday saw five ballots cast without a winner, in voting that has been going on for three days. It is now the longest House Speaker contest in 164 years.

McCarthy was nominated in the 11th round by Rep. French Hill.

In his nomination, Rep. Hill said that the job of House Speaker “takes a special personality” with a great amount of “humility and patience.”

In the tenth round of voting on Thursday evening, McCarthy was defeated with 20 Republican lawmakers voting against him, and Republican Rep. Victoria Spartz voting “present.”

Texas Republican Rep. Pete Sessions had claimed that there was a “breakthrough” in negotiations, but that there were still a significant number of hold outs who have vowed to “never yield.”

“It’s my understanding that several votes will come by agreement with the deal that evidently has been arranged this afternoon. It started last night, it just took a while to materialize,” Sessions said. “There is some progress and headway — and that’s essentially what it’s going to take. Groups of people that will then come to some agreement.”

“I think getting three or four, five more people will be progress,” Sessions said, but noted that there are seven or eight members who will “never yield.”

One of McCarthy’s most outspoken opponents has said that while he may win, he will do so with ” the world’s best constructive straitjacket.”

“There are only two outcomes here: Either Kevin McCarthy withdraws from the speaker’s race, or he has to wake up every morning and put on the world’s best constructive straitjacket before doing the prayer and the pledge at the beginning of House session,” Gaetz told Fox News, adding that he’s working on “how to construct that straitjacket.”

There are only two outcomes here:

Either Kevin McCarthy withdraws from the Speaker’s race, or he has to wake up every morning and put on the world’s best constructive straitjacket before the beginning of every House session.

“Kevin McCarthy has offered everything he can think to offer and everything we can think to ask for due to his current state of desperation, and I can’t tell you whether or not that will be enough to get him there. I doubt it will,” he said.

You can watch the vote live here: 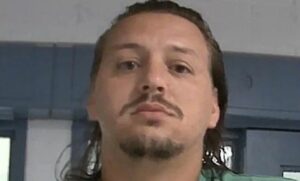