A former West Virginia teacher has been sentenced to over two decades in prison after pleading guilty to sexually abusing a minor.

Charles Town resident Willie Edward Belmonte, Jr., 35, a former Jefferson High School health teacher, pleaded guilty to eight counts of Sexual Abuse by a Person in a Position of Trust, 3 counts of Using Obscene Matter with Intent to Seduce a Minor, and 2 counts of Soliciting a Minor via a Computer and Engaging in an Overt Act.

According to a report from WV Metro News, the charges stem from the sexual abuse of a student while he was a teacher at her school in 2021.

Circuit Judge Debra McLaughlin of the Jefferson County Circuit Court sentenced Belmonte to a minimum of 23 years and nine months to a maximum of 55 years in prison. After serving that sentence, he will also be subject to 50 years of supervised release.

The disgraced teacher will also be added to the sex offender registry for the rest of his life.

In August of 2021, a school resource officer was approached by two friends of the victim who said they believed their peer was in an improper relationship with the teacher. They said that they had seen pornographic photos of the teacher and texts from him on their friend’s phone. They claimed that the relationship turned physical that month.

The school immediately removed Belmonte from the classroom, revoked access to campus, and alerted law enforcement.

When contacted by the Jefferson County Sheriff’s Department on August 30, the victim admitted that the allegations were true. During an interview at the Child Advocacy Center on September 2, the victim said that Belmonte had requested nude photos of her and sent nude videos of himself.

“‘The juvenile student victim stated towards the end of last school year, the defendant took her to a closet in Jefferson High School’ where one alleged sexual conduct occurred during school hours,” The Journal reported in 2021.

The Spirit of Jefferson reports that “other convicted sexual acts, including rendezvous at two homes in Jefferson County, occurred last year from April to August.”

Jefferson County Prosecutor Matt Harvey told the paper that “Belmonte used his position of trust, as a teacher, to groom and abuse a child entrusted in his care.”

“Schools are supposed to be safe places where we send our children to learn, not to be preyed upon by sexual predators.” Harvey said. He also credited two Sheriff’s Deputies for gathering evidence in the case.

The report added, “Prosecutor Harvey reminds parents to be stay engaged with their children and monitor electronics and social media usage. Predators will almost always use these mediums to contact victims in an attempt to initiate contact or continue grooming.” 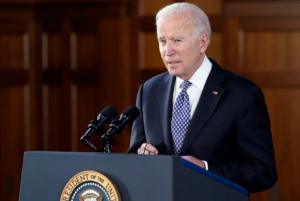