A 13th Vote Is Presumably Scheduled For Friday Afternoon

Donalds was nominated as opposition to McCarthy serveral ballots prior receiving support from 20 Republicans. Spartz originally voted McCarthy, though switched her vote to present.

Although McCarthy gained 14 votes, he lost his 12th ballot for speaker by failing to avoid a five vote threshold.

It is unclear if the Republican Leader struck a deal with the previously defecting representatives as multiple outlets suggest.

Gaetz, who has been one of the most vocal opponents of McCarthy, nominated former President Donald Trump for Speaker of the House on Thursday.

On Tuesday, the Florida representative sent a letter to the Capitol Architect J. Brett Blanton alleging McCarthy was occupying the House Speaker’s office. He suggested the Republican Leader was “occupying” and “squatting” in the office after losing three Speaker votes.

“I write to inform you that the Speaker of the House Office located in the U.S. Capitol Building is currently occupied by Rep. Kevin McCarthy. As of this morning, the 117th Congress adjourned sine die, and a Speaker from the 118th Congress has not been elected,” Gaetz wrote to Blanton. “After three undeciding votes, no member can lay claim to this office.”

A 13th ballot is presumably scheduled for Friday afternoon. 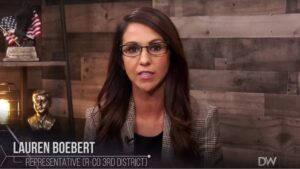 Boebert: Speaker Negotiations Began During Summer 2022, But Were 'Dismissed'