‘They want women barefoot, pregnant, and oppressed,’ said one woman who opposes the candidate

Former Pennsylvania Senator and Presidential candidate Rick Santorum made an appearance at the event to advocate for Mastriano.

“Everybody’s entitled to their opinion on the 2020 election — whether it was stolen or not,” Santorum said when Timcast asked if he had any reservations about supporting Mastriano’s bid for office in light of the candidate’s appearance at the Jan. 6 event at the Capitol. “The question is, what are you going to do in the future to restore people’s confidence in the electoral system.”

One opponent, wearing a shirt that read “We Won’t Go Back,” stated that politicians like Mastriano “want women barefoot, pregnant, and oppressed.”

Timcast spoke with those who oppose and support Mastriano about his firm position against abortion, how the candidate could potentially appeal to black voters, and other prominent political races in the state. 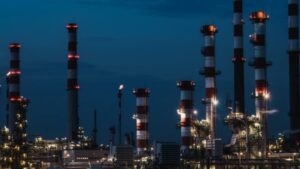