Undocumented immigrants can get a driver's licenses in 16 states

Massachusetts passed a bill authorizing the state to give driver’s licenses to illegal immigrants.

The measure passed in the House of Representatives on Feb. 16 following a 120-36 vote.

“Today, the House took a significant step towards bringing all Massachusetts drivers under the same licensing and insurance standards, regardless of immigration status,” House Speaker Ron Mariano said in a statement. “In addition to increasing safety on our roads for all drivers, this legislation recognizes the essential role our immigrant neighbors play in our society and economy by ensuring that everyone has access to a driver’s license.”

The measure was supported by 19 mayors and town managers who argued it would ensure every driver has passed a road test and had a licensed, insured vehicle — thereby increasing public safety.

According to WCVB, supporters also argue “the bill would also make it less likely for immigrants to leave the scene of an accident because they would face less of a threat of deportation with a drivers’ license.”

“It’s mind-boggling that it’s taken us so long to get to this point,” Michelle Lopez, executive director of the Berkshire Immigrant Center, told The Berkshire Eagle.

State Representative Paul Frost argued the bill “sends the wrong message” during the debate by signaling that illegal immigrants could come to Massachusetts to obtain a license without legal status.

“Are we demanding too much of our Registry of Motor Vehicle clerks? Are we asking them to become experts in foreign documentation and forgery detection?” Whelan said. “This isn’t a slam dunk in the world of law enforcement by any reasonable measure.”

Republican Governor Charlie Baker has opposed similar measures in the past. His veto of the bill could be overturned by a two-thirds vote from the House and Senate.

The Democrat-led Senate will now consider the bill. Should the bill be made law, Massachusetts will be the 17th state to allow undocumented immigrants to obtain a driver’s license with illegal immigration status. 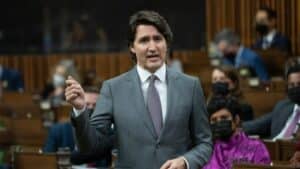