A father who was not wearing a mask at a school board meeting in Webster, New York, was assaulted and dragged out of the room by security.

The incident was captured on film and posted on Facebook by a group called “ROC for Educational Freedom.”

In the footage, the man is seen sitting in a chair when a security officer comes up behind him, grabs the back of the chair, and begins to drag him out of the room.

The woman filming can be heard screaming for the guard to stop.

A witness can be heard demanding to know, “Do you put your hands on our children, too?”

The guard grabs the man by the back of his jacket, pulling it off of him.

The man attempts to sit back down, but the guard tips him out of the chair.

Another security guard arrives and helps to push the man out of the door as witnesses continue to ask if this is how children are treated in their care.

After the man is out of the room, a police officer is seen casually strolling out to where they are.

“A woman who attended the school board meeting claimed that the man had to seek medical attention at an urgent care following the incident,” The Daily Wire reports.

The report added that “she also explained that the maskless man was approached by the security guard while a student was in front speaking. The school board, she said, always brings up children who ‘love the school’ and ‘love the superintendent’ to speak when there is a hot issue parents want to voice concern over, adding that the kids who speak are clearly ‘hand selected.'”

Just a school security guard physically assaulting a father sitting quietly during a school board meeting.

Note the police officer calmly walking out to where the dad is *after* the dad is physically dragged out. https://t.co/G9FqX30Bi7

Timcast has reached out to Webster Central School District Superintendent Brian Neenan and will update this post if more information or a comment is provided. 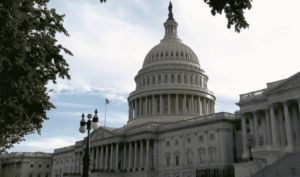