Georgia’s Senate passed a bill that would grant tax credits to residents who contribute to organizations that support children in foster care.

“We have made great strides toward fixing Georgia’s foster care system, but we must secure the appropriate resources for aged-out foster youth in order to ease the transition into adulthood,” he said in a statement. “I commend members of the Senate for prioritizing the hundreds of youth who exit foster care in Georgia each year, and I look forward to the full passage of SB 370.”

“We’re sending an important message, a unanimous message, to the hundreds of foster kids who age out of the system,” he added.

The Senate approved the measure in a 55-0 vote on Feb. 8. The bill now goes to the House for consideration before being reviewed by the governor.

Under the policy, an individual could receive up to $2,500 in tax credits by donating to one of 25 charities that offer people aging out of the foster care system a variety of support services. These include housing, vocational training, medical bills, or counseling and nutritional services. The donations could also cover the cost of college or technical school tuition.

Married couples filing jointly could receive up to $5,000 in tax credits. The tax credit is capped at $20 million a year.

Entitled the “Fostering Success Act,” the bill will “greatly help the efforts of underfunded caregiving organizations by allowing taxpayers to contribute to services specifically for the welfare of young adults who have aged out of the foster care system in Georgia,” according to a statement from Duncan’s office.

According to the Atlanta Journal-Constitution, Duncan took a special interest in improving the state’s foster care after his oldest son became friends with a young adult who had been in the system.

“This tax credit is taking public funds and using them for public purposes — and they are great vital purposes to protect aging-out foster kids to help them make it in the world,” Cowsert said in a statement.

An average of 570 young adults age out of foster care in Georgia each year. 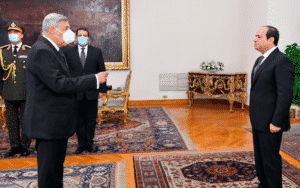