Mark Meadows is Suing Pelosi and the Jan 6 Committee

The decision comes after the committee took action against Meadows

Meadows is asking a federal court to block enforcement of the subpoena the committee issued him as well as the subpoena it issued to Verizon for his phone records, according to the complaint filed Wednesday.

“For months, Mr. Meadows has consistently sought in good faith to pursue an accommodation with the Select Committee whereby it could obtain relevant, non-privileged information,” the complaint states. “While the Committee and Mr. Meadows engaged over a period of time in an effort to achieve such reasonable accommodation, the Select Committee adamantly refused to recognize the immunity of present and former senior White House aides from being compelled to appear before Congress and likewise refused to recognize a former president’s claims of Executive Privilege and instructions to Mr. Meadows to maintain such privilege claims in addressing the Select Committee’s inquiries.”

“The current President of the United States, through counsel, purported to waive the former president’s claims of privilege and immunity. As a result, Mr. Meadows, a witness, has been put in the untenable position of choosing between conflicting privilege claims that are of constitutional origin and dimension and having to either risk enforcement of the subpoena issued to him, not merely by the House of Representatives, but through actions by the Executive and Judicial Branches, or, alternatively, unilaterally abandoning the former president’s claims of privileges and immunities. Thus, Mr. Meadows turns to the courts to say what the law is.”

The House Select Committee warned Mark Meadows Tuesday that it will cite him for contempt if he does not appear, after the former White House chief of staff indicated he would refuse to testify.

Select Committee Chairman Bennie Thompson said he plans to move ahead next week with a criminal contempt referral, following Meadows refusal to cooperate with the committee as of Tuesday.

“I’m not a lawyer or judge and we’ll see what happens,” said Thompson, who added he had not reviewed the suit in great detail. “But we have every intention to move forward with the contempt citation.”

Previously, Meadows ultimately reached an agreement with the committee to appear voluntarily for a deposition Wednesday, his lawsuit said. But he decided to no longer cooperate when he was “blindsided” last week by a notification from Verizon that it had been subpoenaed for metadata from the personal cell phone he used while White House chief of staff.

Prior to Meadows’ recent decision to halt cooperation with the committee, he had turned over approximately 6,000 pages worth of documents. That includes information from his personal email account and personal cell phone that are relevant to the committee’s investigation.

Meadows is not the only former staffer to cease friendly cooperation with the committee or to refuse any engagement. Others include former White House Advisor Steve Bannon and, most recently, Roger Stone. 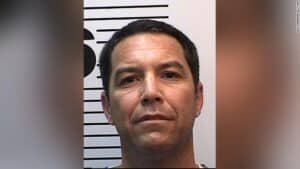