Scott Peterson has been sentenced to life in prison without the possibility of parole, per sentencing guidelines in the state of California, for the murders of his wife and unborn child.

Laci Peterson’s family addressed Scott Peterson for the first time in 17 years while inside the San Mateo, California, courtroom.

Their statements came Wednesday before San Mateo County Superior Court Judge Anne-Christine Massullo resentenced Scott Peterson. He had been convicted in 2002 of murdering Laci Peterson, his pregnant wife, and their unborn son.

“It’s been 19 years, and there’s not a day that goes by that I don’t think about my sister,” Amy Rocha, Laci’s sister, said Wednesday.

Scott Peterson has been in prison limbo since the California Supreme Court reversed his death sentence in August 2020. On Wednesday, that limbo came to an end and his fate was sealed in a life sentence.

District Attorney Birgit Fladager said earlier this year she would not seek to reinstate the death penalty after consulting with the victims’ family, who said the “process is simply too painful to endure once again.”

“The People submit to the Court that the only sentence available for this defendant is a sentence of life without the possibility of parole plus 15 years to life for the murders of Laci and Conner,” Fladager’s December filing stated.

The resentencing comes amid yet another legal tangle in Peterson’s case.

In October 2020, the California Supreme Court ordered a lower court to reexamine his murder convictions because a juror did not disclose involvement in other legal proceedings.

Peterson’s lawyers alleged the juror’s answers on her voir dire questionnaire were false and that she had committed misconduct. The result raised questions of presumptive prejudice, which sparked the inquiry.

Peterson was sentenced to death in 2005 in one of the most publicized trials of the past few decades. 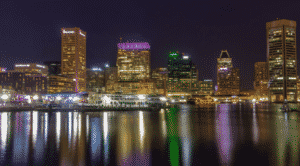 Baltimore Will Pay Municipal Employees $1,000 If They Are Vaccinated