Rep. Marjorie Taylor Greene has slammed Dr. Dre for his “glorification of the thug life and drugs” after he copyright striked her for using one of his songs in a short video that she uploaded to Twitter.

The rapper also called the congresswoman “divisive and hateful.”

The feud between Dr. Dre and Rep. Greene began when she uploaded a video using the beat from his hit song Still D.R.E to celebrate after Kevin McCarthy was voted in as House Speaker.

“It’s time to begin.. and they can’t stop what’s coming,” Greene wrote in the tweet with the video, which featured her call with former President Donald Trump from before the vote.

Greene was temporarily locked out of her Twitter account and hit with a copyright violation by the platform. She was also issued a cease and desist letter by the rapper.

The cease and desist letter stated that Greene was “wrongfully exploiting this word through the various social media outlets to promote your divisive and hateful political agenda.”

The attorneys representing Dr. Dre continued, “one might expect that, as a member of Congress, you would have a passing familiarity with the laws of our country. It’s possible though that laws governing intellectual property are a little too arcane or insufficiently populist for you to really have spent much time on.”

“We’re writing because we think an actual lawmaker should be making laws not breaking laws, especially those embodied in the constitution by the founding fathers,” the letter concluded.

The rapper himself also had some harsh words for the Republican politician.

“I don’t license my music to politicians, especially someone as divisive and hateful as this one,” Dr. Dre told TMZ.

Greene responded to his comments by telling TMZ that she would “never play his words of violence” and that she just liked his “creative chord progression.” She also slammed him for “glorification of the thug life and drugs.”

“While I appreciate the creative chord progression, I would never play your words of violence against women and police officers, and your glorification of the thug life and drugs,” the congresswoman asserted. 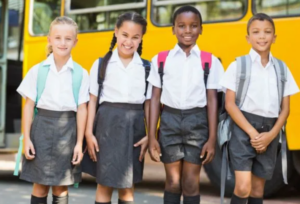