The resolution has been cosponsored by Reps. Matt Gaetz, Barry Moore, Andrew Clyde, and Thomas Massie.

“I would like to announce that I’ve introduced a privileged resolution, and what this will do is it will hold our government accountable for all of the funding for Ukraine,” Rep. Greene said during a press conference on Thursday. “We’re asking for everything to do with military, civilian and financial aid . We want it all.”

We must audit every American taxpayer dollar sent to Ukraine, which is why I introduced a resolution to do just that.

The American people deserve to know where their money is being sent. pic.twitter.com/LpiZKB04id

The Hill reports, “Greene introduced the bill as a privileged resolution, meaning it will be referred to the relevant committee, where members will have 14 business days to either reject it, or approve it for a vote on the House floor. If the bill is not brought up in the committee within that time frame, Greene has the option of forcing a House floor vote on the bill without it being referred to by a committee.”

Though it is unclear which committee will tackle it, Democrats are likely to vote it down instead of allowing it to go to the House floor for a vote.

The congresswoman said that she would be willing to reintroduce the legislation in 2023, when Republicans hold the majority.

“For next year, absolutely I’ll introduce this resolution again, but I’ll also be calling for a full audit. That’s what we want, we want to audit Ukraine,” she said.

This is not the first time that the congresswoman has insisted on an audit.

Earlier in the week, Rep. Greene spoke on the House floor about the issue.

I’m calling for an audit of every single penny that has been sent to Ukraine.

This must be done as soon as possible for the American people.

Taxpayers deserve transparency and they deserve to see where their money is going. pic.twitter.com/WKg7YuPfFI

Speaking at a Trump rally in Iowa earlier in the month, Greene asserted that Democrats care more about Ukraine’s border than our own.

“Under Republicans, not another penny will go to Ukraine,” Greene said. “Our country comes first. The only border [Democrats] care about is Ukraine, not America’s southern border. They don’t care about our border or our people.”

The Department of Defense said that they welcomed the audit.

“The DOD welcomes an audit. We always want to be accountable to the taxpayers on how their money is being sent or spent when it comes to what we have in our inventory, and what we are sending to Ukraine,” Deputy Pentagon Press Secretary Sabrina Singh said on Thursday.

“We welcome audits when it comes to Ukraine or anything else,” Singh added. 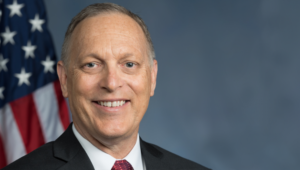