“The County has had three business days to provide the information requested in the November 19, 2022 letter, which was not a reasonable amount of time to respond prior to the canvass of the election, as you requested,” wrote division chief for the Civil Services Division of the Maricopa County Attorney’s Office Thomas P. Liddy. “The Elections Department’s leadership and staff are working diligently to prepare the various reports required by law for the canvass of the election.”

“Nevertheless, they have simultaneously gathered data to answer most of your questions, and those answers are presented in the Report.”

The response continued: “The County reserves the right to make revisions to this Report should any become necessary. The remaining questions will have to wait. The County will provide supplemental information as soon as it is able to do so, but notes that three races from the 2022 general election ballot are subject to an automatic recount. Those recounts, required by law, will keep the Elections Department fully occupied for the next several weeks.”

Liddy attested use of the “Door 3” ballot box following technical and printer issues “does not mean that an election might be invalid if there are unexpected printing difficulties preventing on-site tabulation,” citing “voters who attempted to vote were provided legal options for doing so.”

Eight Arizona counties — Apache, Coconino, Gila, Mohave, Pima, Pinal, Santa Cruz, and Yavapai — reportedly do not have ballot tabulators and employ ballot boxes similar to “door 3” as their standard, according to the letter.

“When compared to the total number of voters who participated in the 2022 General Election, fewer than 1% of ballots cast were affected by these printer issues. But importantly, every lawful voter was still able to cast his or her ballot,” Liddy continued. “No voter was disenfranchised because of the difficulty the County experienced with some of its printers.”

“The printing issues, leading to precinct-based tabulators being unable to tabulate some of the votes cast, was regrettable. But it did not violate the uniformity statutes, and any suggestion that it did is unfounded.”

“Arizonans deserve a full report and accounting of the myriad problems that occurred in relation to Maricopa County’s administration of the 2022 General Election,” assistant Attorney General Jennifer Wright wrote to Liddy earlier this month. “As the canvass is looming, and these issues relate to Maricopa County’s ability to lawfully certify election results – the Unit requests a response to the aforementioned issues on or before Maricopa County submits its official canvass to the Secretary of State, which must occur on or before November 28, 2022.” 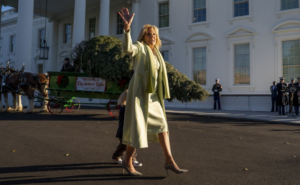