This year’s White House holiday theme is inspired by the Consitution and is intended to send a message of unity to the public.

First Lady Jill Biden will formally unveil the “We the People” decor — complete with a massive Christmas tree and sugar cookie replicas of historic American locations – on Nov. 28.

Each room bears an individual theme that “represents what brings us together during the holidays and throughout the year,” according to the White House.

“As our country gathers for the holidays, traditions may vary, but our shared American values — a belief in possibility, optimism, and unity — endure season after season,” Biden wrote with her husband, President Joe Biden, in a joint welcome letter to White House visitors.

“We the People. These words are the foundation of our extraordinary country and the Soul of our Nation,” the first lady wrote. “At the holidays, Americans come together each year in fellowship and faith, reminding us that we are stronger in community than we are apart.”

“In the Blue Room, the official White House Christmas tree — an 18 1/2-foot (5.6-meter) Concolor fir from Auburn, Pennsylvania — is decorated to represent unity and hope with handmade renderings of the official birds from all 57 territories, states and the District of Columbia,” per AP News.

Additionally, the White House is releasing a commemorative Vistors’ guide that was illustrated by Daria Peoples, an elementary school teacher and children’s book author.

This year’s theme is a pointed choice.

While the phrase is an allusion to the United States Constitution, President Biden has also used the phrase while calling for additional trust in federal government intervention.

While addressing Congress in April of 2021, Biden described his administration as “We the People.”

“Our Constitution opens with the words, ‘We the People.’ It’s time we remembered that ‘We the People’ are the government,” the president said.

“Put trust and faith in our government to fulfill its most important function, which is protecting the American people — no function more important,” continued Biden, per the Ron Paul Institute. “We need to remember the government isn’t some foreign force in a distant capital. No, it’s us. All of us. ‘We the People.’ For you and I, that America thrives when we give our hearts, when we turn our hands to common purpose. And right now, my friends, we are doing just that.”

The speech was regarded as an ambitious display of Biden’s intent for his administration.

“Biden believes people are ready to support aggressively activist government if the debate is taken out of the realm of symbolism and political abstraction and into the realm of concrete realities of people’s lives,” noted Politico.

Biden also repeated the famous phrase during his September address at Independence Hall in Philadelphia.

Backlit by red lights, the president delivered an address titled the “Continued Battle for the Soul of the Nation” where he denounced former President Doanld Trump.

“We must never forget: We, the people, are the true heirs of the American experiment that began more than two centuries ago,” Biden said. “We, the people, have burning inside each of us the flame of liberty that was lit here at Independence Hall.”

An estimated 50,000 people are expected to visit the White House over the Christmas Holidays, including French President Emmanuel Macron, who arrives on Dec. 1. 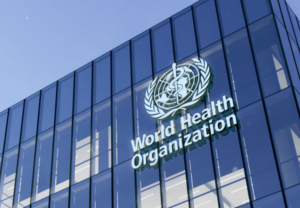