Global health authorities have renamed monkey pox out of concern that the name has racist implications and could lead to discrimination.

The virus, which spread rapidly through Europe and North America this year, will now be referred to as “mpox.” The virus is typically only found in parts of Africa where it is considered endemic.

The World Health Organization will use both terms interchangeably for a period of time before phasing out “monkey pox.” The organization said that at both private and public meetings, it had received requests to change the name.

“When the outbreak of monkeypox expanded earlier this year, racist and stigmatizing language online, in other settings and in some communities was observed and reported to WHO,” the organization said in its Nov. 28  announcement. “Considerations for the recommendations included rationale, scientific appropriateness, the extent of current usage, pronounceability, usability in different languages, absence of geographical or zoological references, and the ease of retrieval of historical scientific information.”

The WHO also noted that the term mpox is easily adopted by a variety of languages.

“Human monkeypox was given its name in 1970 (after the virus that causes the disease was discovered in captive monkeys in 1958), before the publication of WHO best practices in naming diseases, published in 2015,” noted the WHO. “According to these best practices, new disease names should be given with the aim to minimize unnecessary negative impact of names on trade, travel, tourism or animal welfare, and avoid causing offence to any cultural, social, national, regional, professional or ethnic groups.”

According to the United States Centers for Disease Control and Prevention, there have been 80,850 confirmed cases of monkey pox in 2022. Of these, about 98% were documented in places with no history of the virus.

The US has confirmed almost 29,200 cases and 14 deaths. Brazil is the world’s second most affected country with over 9,870 cases and 12 deaths. Spain, which was one of the first countries to report the outbreak, has recorded just over 7,400 cases and three deaths.

Monkey pox has been recorded in other European nations, including France, the United Kingdom, Germany, and the Netherlands, as well as many South American countries, like Colombia, Peru, Chile, and Argentina. The virus was also found in Mexico and Canada.

“Monkeypox symptoms usually start within 3 weeks of exposure to the virus. If someone has flu-like symptoms, they will usually develop a rash 1-4 days later,” the American health agency reports.

The rash is painful and itchy and is typically found on the hands, feet, gentiles, face or mouth.

The majority of cases documented outside of central and west Africa have been among gay, bisexual, or men who have sex with other men.

“Scientists believe monkeypox triggered outbreaks in Western countries after spreading via sex at raves in Belgium and Spain,” reports MarketWatch. “Vaccination efforts in rich countries, along with targeted control interventions, have mostly brought the disease under control after it peaked in the summer.”

In response to the outbreak, the CDC offered those considered to be at risk to receive a two-shot smallpox vaccine shown to be effective against the virus. Vaccination orders in major cities like New York and San Francisco have expired since their initial introduction. 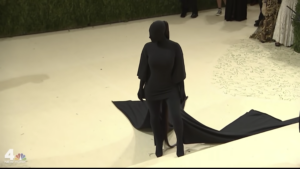