Majority of Americans Have Unfavorable View of Both Major Political Parties

The majority of Americans have an unfavorable view of both major political parties, according to a new Gallup poll released on Tuesday.

According to Gallup, a majority of 55 percent of Americans have an unfavorable view of the Democratic Party and 56 percent have a similar view of the Republican Party.

Just 43 percent of Americans have a favorable view of the Democratic Party and 40 percent have the same feelings for the Republican Party.

“The three-percentage-point gap in party favorable ratings is down from 11 points earlier this year, shortly after President Joe Biden’s inauguration and as the Senate was preparing to try former President Donald Trump on impeachment charges for his actions related to the January 6 Capitol Hill riot. At that point, the Democratic Party had a 48% to 37% edge in favorability,” Gallup reported.

The decline in favorable opinion of the Democratic Party is mostly due to a shift from independents. Favorability among that group has dropped from 48 percent in January to 35 percent in the current poll.

“As might be expected, Democrats’ (92% favorable) and Republicans’ (5% favorable) opinions of the Democratic Party are essentially unchanged, from 94% and 4%, respectively, in January,” Gallup found.

They also found that Republicans are harsher on their own party than Democrats are.

The pollsters noted, “the latest results are from a Sept. 1-17 Gallup poll, conducted in the wake of the chaotic U.S. withdrawal from Afghanistan, a continuing surge in U.S. coronavirus cases and an uneven economic recovery. As a result, President Joe Biden’s job approval rating has fallen to the lowest of his term.” 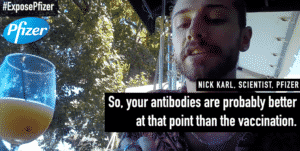