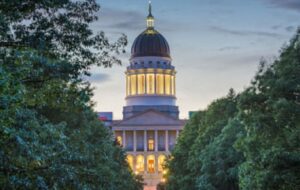 With passage of LD 1585, Maine has the most stringent law restricting the use of facial recognition technology.

Under the new policy, which was sponsored by Rep. Grayson Lookner, D-Portland, prohibits the use of the technology on every level of government – state, county, and municipal. It was written to prevent any loopholes.

Lookner said “This act ensures Maine will be a leader on protecting public safety and privacy rights well into the future.”

LD 1585 is being favorably compared to Washington’s SB 6280 which was passed in March of 2020. SB 6280 partially restricted facial recognition while also reportedly permitting law enforcement to use the technology to “mass surveillance of people’s public movements, habits, and associations.”

Under Maine’s law, “law enforcement can use facial recognition technology only with “probable cause to believe an unidentified person in an image committed a serious crime,” or when seeking to identify a deceased or missing person. It stipulates that facial recognition data alone cannot establish probable cause for an arrest, and that the Maine State Police and Bureau of Motor Vehicles must maintain de-identified records of every requested and performed search, which will be designated as public records. Facial recognition data that is obtained in violation of the law will be inadmissible as evidence. The bill also provides a pathway for anyone wishing to bring legal action against the state if they believe that the technology was used in violation of the law,” reports Slate.

There are regulations for the use of facial recognition technology in other states. Virginia law enforcement must have permission of the state legislature to use the technology. Massachusetts requires a court’s permission. In Maine, the highly restricted policy means the technology will only permitted in the most serious crime, such as murder or rape investigations.

The bill had bi-partisan support and was backed by the ACLU Maine. The organization posted online “Face surveillance technology poses unprecedented threats to civil rights, civil liberties, and open, democratic society. Instead of accepting that the technology will determine the boundaries of our rights, we must chart an intentional course into the 21st century, maintaining democratic control over our society, emerging technologies and our lives.”

LD 1585 was signed in to law by Governor Janet Mills after passing both in both the Maine House and Senate in mid-June. It goes into effect on October 1, 2021. 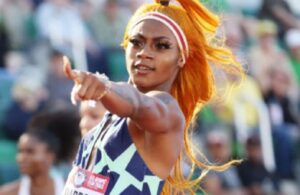