MAGICAL MISERY TOUR: Ted Cruz Tells AOC, Bernie, Warren to ‘Get on a Raft’ to Cuba

Ted Cruz has had enough of the left’s support of socialism. He blasted the Mount Rushmore of Democratic Socialists during a speech at Turning Point USA’s Student Action Summit.

Cruz: Sanders, Warren, Ocasio-Cortez Should Get On A Raft, Sail To Cuba https://t.co/PzbuITJxp5 pic.twitter.com/X5RONTLcrc

“Ronald Reagan said years ago the thing the Left never seems to understand is the Berlin Wall that divided East Germany from West Germany, the Berlin Wall, the machine guns all point in one direction. The analogy I’m fond of using as a Cuban-Americans is the thing that liberals never seem to understand if you go down to Key West, is the rafts are only going one direction,” Cruz added.

Instead of condemning the communist dictatorship for Cuba’s current state, politicians on the far-left have decided to blame the USA.

All people have the right to protest and to live in a democratic society. I call on the Cuban government to respect opposition rights and refrain from violence. It’s also long past time to end the unilateral U.S. embargo on Cuba, which has only hurt, not helped, the Cuban people.

Earlier statement on Cuban protests was chopped up via several tweets and hard to follow – here it is in full with Spanish being posted underneath ⬇️ https://t.co/pz3JqolsO2 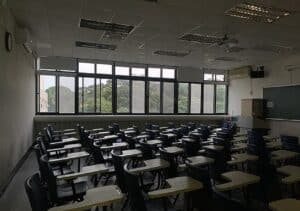 COVID Stimulus Funds Being Used for Teacher 'Thank You' Bonuses