COVID Stimulus Funds Being Used for Teacher 'Thank You' Bonuses

Schools are using large chunks of the federal funding to "boost morale" among staff.

School districts in states across the nation are using large chunks of their federal stimulus money to give teachers “thank you” bonuses — to the dismay of many parents.

The schools believe that bonus pay will help “boost morale” among staff.

Georgia was the first state to enact these bonuses, spending a massive 35 percent of their COVID stimulus on the one time checks. The Wall Street Journal reports that they sent “$1,000 statewide bonuses to 230,000 school-level employees, covering nearly every teacher and staff member, including aides, custodians, bus drivers and cafeteria workers.” In all, the effort cost $230.5 million of their $660.6 million stimulus.

Similar efforts are underway in school districts in Tennessee, Texas, California and Colorado.

“Schools have until 2024 to spend stimulus dollars, which totaled about $190 billion, the largest-ever, one-year federal infusion of cash for public schools. While districts and states have started spending some of the $81 billion already dispersed to states from the most recent round of $122 billion in funding, many are deciding how to allocate the rest and under federal guidelines won’t receive those funds until their plans have been approved. Twelve state spending plans have been approved thus far,” the WSJ report explains.

Lindsay Nofelt, a mom of a third-grader in Berkeley, California, said the stimulus should be used to help education resources directly, specifically in math and science where kids in the district are struggling.

“I’m the last person to say ‘don’t pay teachers’. However, it should come from the appropriate bond,” Nofelt told the Journal.

In Florida, Republican Governor Ron DeSantis signed a budget that will also give teachers $1,000 bonuses. Over 170,000 teachers in the state will be given the checks.

Comments on social media were a mix of outrage and defense of teachers.

Hahah for what? Most teachers showed their true colors and dropped the ball worse than any other profession during this. They showed they’re m nothing but political mouth pieces who push their brainwashed ideology on innocent kids

No wonder education in the US is so bad and expensive. Entitled educators. There are other jobs that pay more money but without the summers off. It’s like waiters. They don’t want a 9-5 job but want others to foot their bills.

Maybe the cops and firefighters who continued to work, in person, answering calls, during the whole fucking event, could use a bonus.

Bonuses for what? They actively campaigned to keep kids out of school and haven’t been working for a year. Lifetime achievement due to lack of Education has suffered monstrously. And they get a raise Christ almighty why? Literally the most entitled underserving group 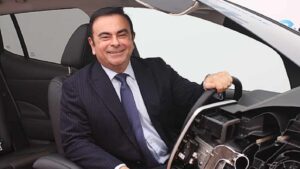