The Department of Justice opened a civil rights investigation into the Louisiana State Police, which has been accused of unfairly targeting black residents.

Federal prosecutors said they would “determine where the Lousiana State police engaged in a pattern or practice of violation of the constitution or federal law” during a press conference on June 8.

Prosecutors say there are two central areas of focus for the investigation: determining if the LSP has a pattern or practice of using excessive force and if the agency engages in racially discriminatory policing practices against black people and other people of color.

Assistant Attorney General for Civil Rights Kristen Clarke said during her statement that Louisiana has the second-highest population of black residents of any state in the country – nearly 33%.

“Some of the reports include disturbing information about racial slurs and racial derogatory terms used by LSP trooper,” Clarke said.

“Our investigation will be thorough and comprehensive,” she said. “This marks the first statewide patter-or-practice of a law enforcement agency that the Justice Department has opened in more than two decades.”

As part of the probe, investigators will review state police training, policies, and documents “related to systems of accountability.”

“The Justice Department stands ready to use every tool in our arsenal to confront allegations of misconduct and to ensure legitimacy during encounters with law enforcement,” she added.

According to AP News, “black leaders have for months been urging the Justice Department to launch a broader investigation into potential racial profiling by the overwhelmingly white state police, similar to other probes opened over the past year in Minneapolis, Louisville and Phoenix.”

The America Civil Liberties Union and other civil rights groups have also lobbied the D.O.J. to investigate the police department.

The LSP was denounced for its action in the 2019 fatal arrest of Ronald Greene. The agency had told Greene’s family he had died after he crashed into a tree, but footage of the arrest released in 2021 contradicted that claim. Greene died after an intense altercation with police following a high-speed car chase.

Activists have called for the six officers who were involved in the incident to be arrested.

The department officials described the use of force as “lawful but awful,” but have been criticized for not investigating the incident until 474 days afterward, per NBC News. 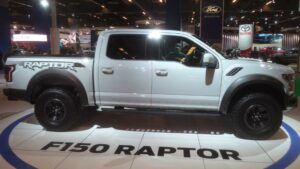 Ford Motor Co. Vehicles Are Being Upgraded With Graphene