The Los Angeles Times is facing backlash for publishing a column mocking deaths of people who oppose vaccine mandates.

“It may be not a little ghoulish to celebrate or exult in the deaths of vaccine opponents. And it may be proper to express sympathy and solicitude to those they leave behind,” Hiltzik wrote. “But mockery is not necessarily the wrong reaction to those who publicly mocked anti-COVID measures and encouraged others to follow suit before they perished of the disease the dangers of which they belittled.”

“Nor is it wrong to deny them our sympathy and solicitude, or to make sure it’s known when their deaths are marked that they had stood fast against measures that might have protected others from the fate they succumbed to themselves,” he continued. “There may be no other way to make sure that the lessons of these teachable moments are heard.”

The article used a photo of Kelly Ernby, who passed away last week from COVID-19.

“Finally, there are those who have voiced public opposition to the vaccines — not all of whom are unvaccinated themselves. Some have couched their opposition in policy terms. Ernby fell into that category — she asserted opposition not to the vaccines as such, but to vaccination mandates,” Hiltzik noted.

Though she did not oppose getting vaccinated, simply opposed government mandates, that did not appear to be enough for Hiltzik. Cheerlead them or he will laugh in the face of your demise, mocking you for all to see.

“It should be clear that opposing vaccine mandates as a substitute for opposing vaccination itself is a fundamentally incoherent position. It’s little more than the garden variety small-government Republican ideology. That’s what it was in Ernby’s hands,” he wrote.

Social media commentators, including many of Hiltzik’s fellow journalists, were quick to condemn the piece.

How does a piece laughing at Covid deaths, and thus the pain their loved ones go through, make it through the @LATimes editing process?

And now he blocked me. He’s still a garbage person for mocking someone’s death.

As an obese elderly man, now is probably not a good time to be mocking anyone for dying https://t.co/XgVWQBhtEr

Imagine writing any of the following:

“Mocking women who die at the hands of a domestic abuser is ghoulish, yes- but necessary” to stop people from staying in abusive relationships https://t.co/ztOu5rSo4H

By time of publishing, there were thousands of quote tweets condemning his position, and less than 150 “likes.” 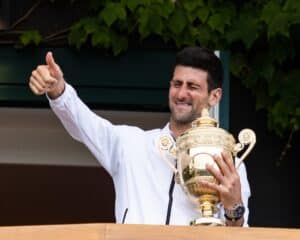