The ADDA union represents the majority of Los Angeles County prosecutors tasked with carrying out the policies enacted by Gascon.

According to The Los Angeles Times, Gascon received more than $2 million in financial support from liberal financier George Soros for his campaign. The District Attorney is now facing a recall petition prompted by criticism of his overly tolerant stance on crime.

The ADDA voted to endorse the recall effort by an overwhelming majority. According to the union, 83.3% of ADDA members took part in the vote, with 97.9% voting to back the recall.

The union posted an announcement to Twitter late Tuesday.

97.9% percent of the front-line prosecutors tasked with implementing @GeorgeGascon policies voted to support his recall. Gascón refused an invitation to address the prosecutors of his office to explain & defend his policies and provide his arguments why he should not be recalled. pic.twitter.com/sxMx9X8WHR

“This vote is by those who are intimately familiar with how Mr. Gascon’s policies actually play out on a day-to-day basis,” ADDA president Michele Hanisee said in the statement. “We believe the vote of our members will resonate with the voters of Los Angeles as they decide whether to recall Gascon from office and restore public safety as the priority of the District Attorney’s office.”

Gascon recently refused to meet with representatives from the ADDA to discuss the potential recall effort against the district attorney.

The LA County Registrar approved the recall last year amid the county’s violent spike in crime. The effort is now seeking between 800,000 and 900,000 petition signatures.

Gascon, who pledged to “reimagine public safety,” has received sharp criticism for his tolerant position on crime in Los Angeles County in recent months.

Gascon has frequently defended his policies, saying his stances were well-known during his campaign, even saying his election signified public support of his agenda.

Dozens of cities within LA County have issued votes of no confidence in Gascon. 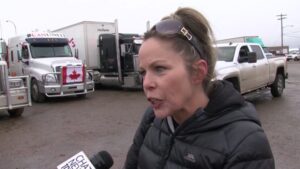