The Los Angeles County Department of Public Health announced it is investigating a death caused by monkeypox.

It is the second reported fatal case of the virus in the United States.

“We are currently investigating a death of a person with monkeypox in Los Angeles County. We are early in the investigation and do not have additional details available at this time,” said Dr. Rita Singhal to reporters, per Fox News.

The department noted in its announcement that the deceased was “severely immunocompromised and had been hospitalized.” Other immunocompromised residents of the county who believe they have been exposed to monkeypox have been encouraged to seek treatment as soon as possible.

The first monkeypox death was reported in Texas in August. The Harris County resident was also described as severely immunocompromised.

“Monkeypox usually causes flu-like symptoms along with a rash and dense, fluid-filled lesions,” reports the San Francisco Chronicle. “The virus is spread by intimate personal contact, including sexual acts and kissing. It can also be spread by sharing bedding or clothes, or potentially breathing in close proximity.”

Despite the reports from state agencies, the Centers for Disease Control and Prevention currently reports no death caused by the virus. The agency has recorded more than 21,980 cases since the 2022 monkeypox outbreak reached the United States.

“At this time, data suggest that gay, bisexual, and other men who have sex with men make up the majority of cases in the current monkeypox outbreak,” the CDC reports. “However, anyone, regardless of sexual orientation or gender identity, who has been in close, personal contact with someone who has monkeypox is at risk.”

The majority of American cases of monkeypox have been recorded among African American, Hispanic and White populations.

According to the CDC, 57,995 cases of monkeypox have been recorded in 103 countries.

Spain has the second highest number of monkeypox cases outside of the African countries where the virus is considered endemic with just over 6,880 cases. The country reported its first monkeypox death on July 29.

Monkeypox is treated with an antiviral treatment called tecovirimat or TPOXX. It can also be prevented with the Jynneos smallpox vaccine.

Health and Human Services Secretary Xavier Becerra declared a national state of emergency regarding the virus’s outbreak on Aug. 4.

“We’re prepared to take our response to the next level in addressing this virus,” he told reporters. “We urge every American to take monkeypox seriously and to take responsibility and help us tackle this virus.” 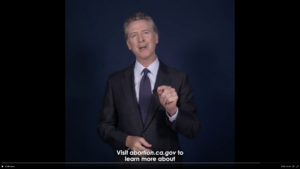 'We Have Your Back': California Launches New Abortion Resource Website